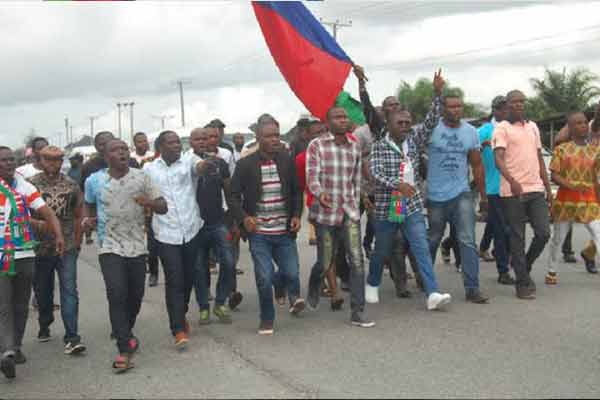 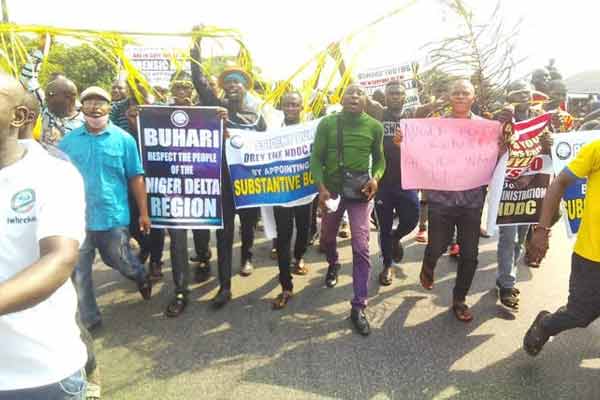 HUNDREDS of passengers were stranded along the Mbiama axis of the East-West Road linking Rivers State to Bayelsa and Delta states following a blockade mounted by Ijaw youths on Wednesday morning.

The action of the youths under the aegis of the Ijaw Youths Council, Worldwide may not be unconnected with the 30-day ultimatum given to the Presidency to constitute a substantive board of the Niger Delta Development Commission or risk being shut down.

This is coming barely 24 hours after the IYC President, Peter Igbifa, was kidnapped along the Port Harcourt International Airport road on his way to catch a flight.

Recall that Igbifa had advised oil companies operating in the region to vacate at the expiration of the 30-day ultimatum, as their safety would not be guaranteed.

Our correspondents observed that motorists and commuters travelling from Bayelsa, Rivers, and Edo to other parts of the country were caught up in the gridlock caused by the blocking of the East-West road at about 8am on Wednesday. 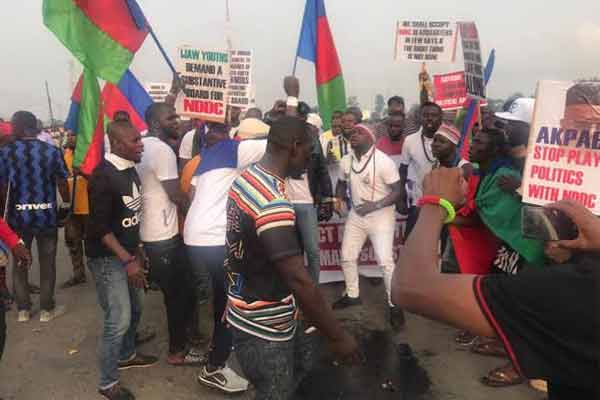 It was also gathered that the youths had shut the NDDC office in Bayelsa State before they proceeded en masse to the Mbiama section of the East-West road to begin the protest.

The spokesman for the State Police command, Nnamdi Omoni, said the command was doing everything to ensure release of igbifa.

Meanwhile, the protesting Ijaw youths have alleged that the Presidency sponsored the abduction of the IYC President, Peter Igbifa, about 24 hours to the end of the 30-day ultimatum given to it (presidency) to inaugurate the NDDC board.

The protesters also warned that the next protest march on the non-appointment of a substantive NDDC board, the tenure of the commission’s sole administrator and other developmental challenges of the region, would be “a total mass action.”

The IYC leadership had in a communique issued on Wednesday after an emergency meeting, condemned Igbifa’s abduction.

The communique was signed by the Deputy President of IYC, Saviour Olali; spokesman, Ebilade Ekerefe and several others.

It further stated, “Though the abduction of the IYC President, Deacon Timothy Igbifa, came to us as a shock and provocative, we have since discovered that the Federal Government, under President Muhammadu Buhari, sponsored and executed the abduction.”

Reacting, the Special Adviser on Youth Matters at the NDDC and former IYC president, Udengs Eradiri, however, dismissed IYC’s claim that the Federal Government was responsible for Igbife’s, insisting that the IYC president was not abducted.

Eradiri said, “He (Igbife) has misled the public. He has already failed and the next thing he could do was for him to fake him own kidnap. This young man is an embarrassment to the Ijaw Youth Council.

“They are just being used politicians who are afraid of the forensic audit. They (IYC) should stop blackmailing government. He (Igbife) will be prosecuted for misleading the public.”