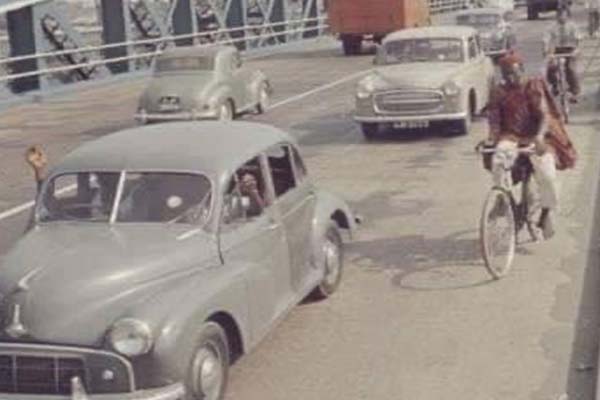 The Carter Bridge in Lagos was built in 1901.

It was named after Sir Gilbert Thomas Carter, a former Governor of the Colony of Lagos.

Carter Bridge connects both the Third Mainland and Eko bridges.

One of the historical bridges that characterized the pre-independence era of Nigeria is the Carter Bridge. Built in 1901, the Carter Bridge, which is one of three bridges connecting Lagos Island to the mainland, has been an historic treasure of the country.

The Carter Bridge, named after Sir Gilbert Thomas Carter, a former Governor of the Colony of Lagos, connects both the Third Mainland and Eko bridges. At the time of its construction, this was the only bridge connection between the mainland and Lagos Island. The bridge starts from Iddo on the mainland and ends at Idumota area of Lagos Island. 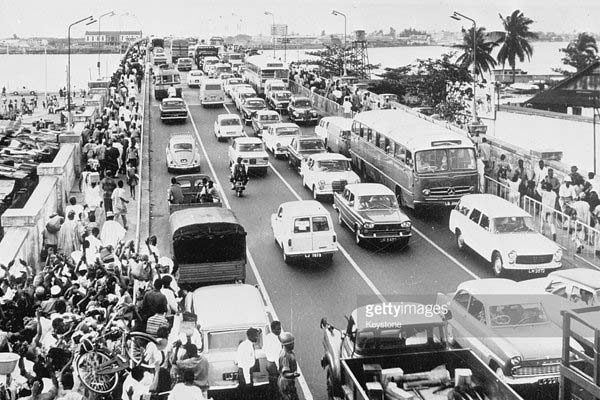 The Carter Bridge was originally constructed by the British colonial government, prior to Nigerian independence in 1960. However, after independence, the bridge was dismantled, redesigned and rebuilt during late 1970s. The Alaka-Ijora flyover, on the Iddo end of the span was completed in 1973.

To address this issue, the Lagos State government instituted a ₦ 50,000 fine for persons parking their vehicles along the span. Additionally, in April 2006, the Lagos State Transport Commissioner announced that all commercial vehicles would be banned from entering Lagos Island through Carter Bridge to keep buses and other vehicles from parking on the bridge.

In addition to congestion on the bridge, Carter Bridge was perceived as unsafe at night due to the lack of streetlights. In July 2013, Governor Fashola of Lagos State commissioned streetlights on Carter Bridge powered by an Independent Power Project. The project was conceptualized, designed and completed by the State’s Electricity Board (www.lseb.gov.ng) using local components and technicians.

Throwback: Sir Kitoye Ajasa, The First Nigerian To Be Knighted, Posing With His Vintage Car In Lagos