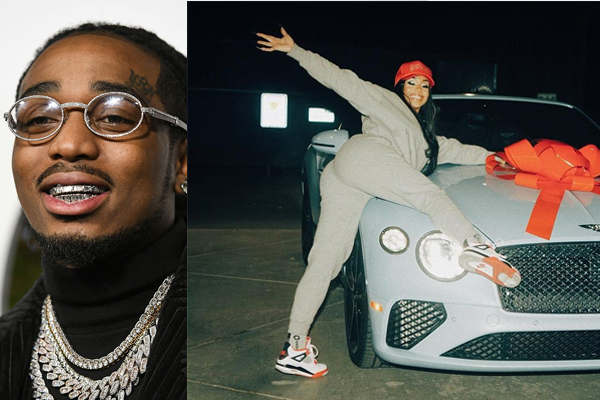 Popular American rapper, Quavo did not take back the Bentley Continental GT coupe he bought for his former girlfriend, Saweetie, according to report.

It was earlier reported that the Migos rapper took back the white $350,000 Bentley convertible he bought for her last December following their public split on Twitter.

“I’ve endured too much betrayal and hurt behind the scenes for a false narrative to be circulating that degrades my character. Presents don’t band aid scars and the love isn’t real when the intimacy is given to other women,” she wrote.

Quavo, one-third of Migos, has yet to address the apparent split. 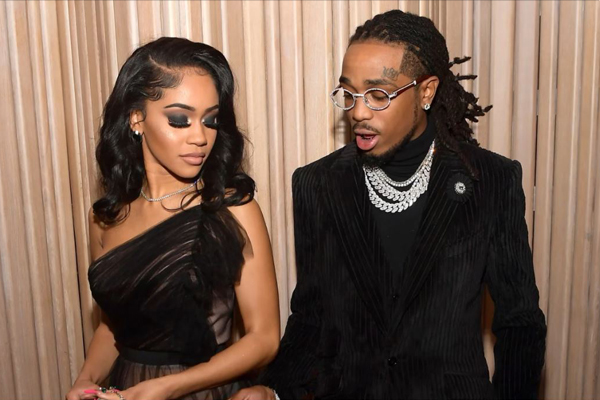 Saweetie was gifted a custom, light blue drop-top Bentley Continental GT coupe in late December. It had the word “Icy” written in the headrests, and snowflakes on the exterior. Both of which are a nod to her 2017 single “Icy Grl.”

Reports surfaced that Quavo had her Bentley repossessed after Saweetie confirmed her split with the Migos member over Twitter.

According to a report, Quavo allegedly never put Saweetie’s name on the lease of the luxury vehicle. He even supposedly worked out an agreement with the dealership. The agreement, it was said, would have allowed him to end the contract early for whatever reason. After their break-up played out over social media, the rapper is said to have called for the car to be repossessed.

However, a source has disclosed that the rapper did not take back the Bentley. He added that there is no evidence to back up the initial claims. 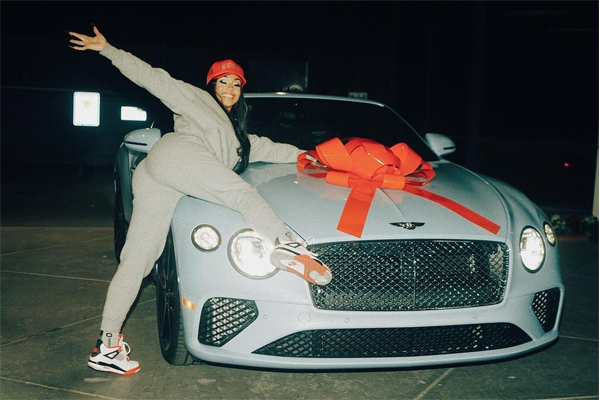 We Want To Get Close To Tesla Before Overtaking Them : Volkswagen Group CEO