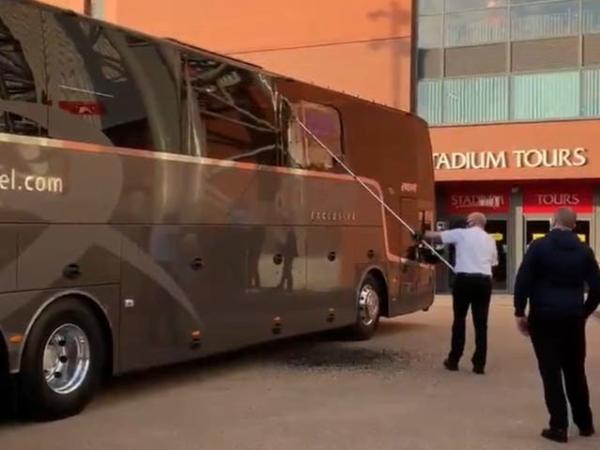 Real Madrid’s team bus was damaged on its way to Anfield on Wednesday night.

The incident happened ahead of their Champions League quarter-final second leg against Liverpool.

Liverpool are 3-1 down in the tie, and the winner between the two takes on Chelsea in semi final.

Real Madrid’s team bus was reportedly damaged by Reds fans outside Anfield on Wednesday night. The incident happened ahead of their Champions League quarter-final second-leg tie against Liverpool.

One pane of a double-glazed window from one of Real’s buses was smashed during the incident. Pictures shared shows Liverpool staff cleaning up a pile of broken glass on the ground.

“We condemn unequivocally the actions that led to Real Madrid’s team bus being damaged during its arrival to Anfield this evening. 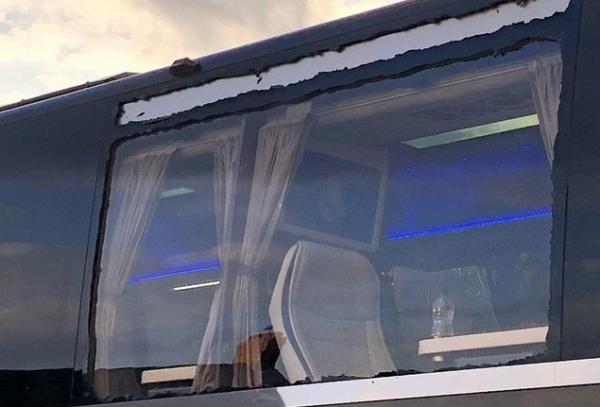 “It is totally unacceptable and [the] shameful behaviour of a few individuals.

“We sincerely apologise to our visitors for any distress caused. We will work together with Merseyside Police to establish the facts and identify those responsible.”

Liverpool FC are 3-1 down in the tie, with two goals from Vinicius Junior and one from Marco Asensio in the first-leg giving Real the advantage on aggregate ahead of the game.

The winner between Real Madrid and Liverpool will take on Chelsea FC in the semi-finals of the Champions League.