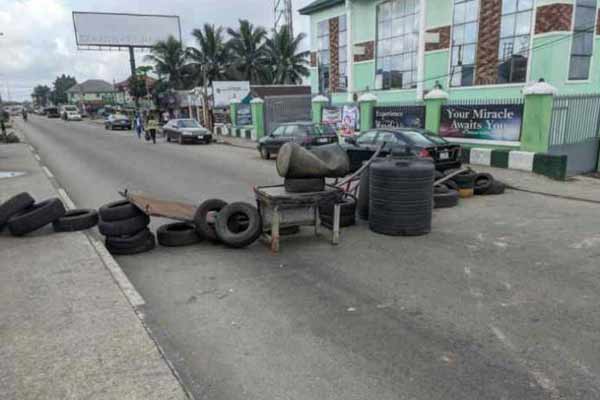 Roads leading to police stations in Rivers State have been barricaded.

These entrances to police  stations have been blocked over the rising case of insecurity and attacks on its facilities in the state.

This follows the attacks on three police formations in the state during the weekend resulting in the death of at least seven police officers.

The state police command has thus taken protective measures by blocking the roads leading to their stations with hopes to stop the stations from being attacked by unknown gunmen.

This has naturally caused traffic buildup in certain parts of the state, especially the Elekahia-Stadium axis of Port Harcourt.

Another axis experiencing huge traffic due to the blocking of the access road is the Rumuokoro-Rukpoku access road. 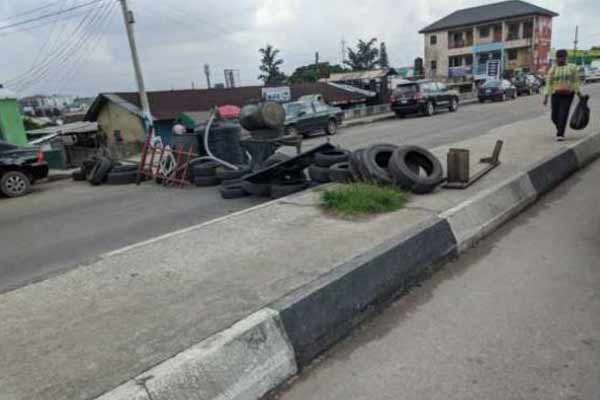 The command had on Saturday confirmed the killing of seven of its personnel by the rampaging unknown gunmen, promising to arrest perpetrators of the crime.

The attack occurred in the early hours of Thursday at the Mbiere Divisional Police Headquarters in Mbaitoli Local Government Area of the state, The Punch newspaper has reported.

Two similar attacks, including the one at the police headquarters and the prisons headquarters in the state, have taken place before now.

The second attack was carried out a few hours after the Vice President Yemi Osinbajo, accompanied by the then Inspector General of Police, Mohammed Adamu, visited the state to assess the damage done to the police headquarters.