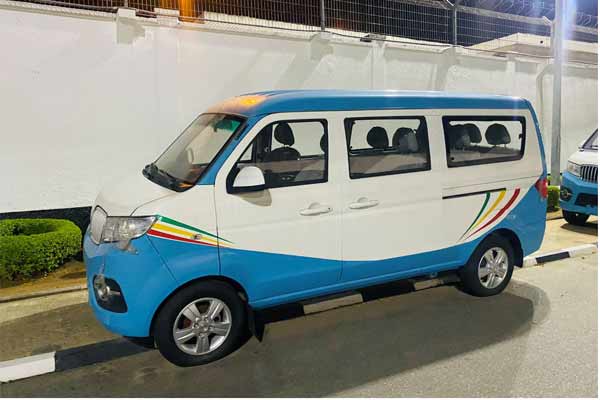 The mini-bus above is one of the buses that Lagos State government plans to replace Okada and Danfo with.

Lagos State Governor Babajide Sanwo-Olu announced 500 Last-Mile Buses  that are being rolled out in the state.

According to the Senior Special Assistant to the Governor on New Media, Jubril Gawat, the rollout will continue until the state meets the target of 5,000 of such buses.

The smaller buses are to serve as an alternative means to get into inner streets as opposed to the popular okada.

The new buses when fully operational will cut the need for the rickety danfo buses which are used as last-mile vehicles and even long distances.

Speaking at a stakeholder meeting on security in Alausa, Ikeja, Governor Babajide Sanwo-Olu said his administration has concluded plans to review the 2012 Lagos Traffic Law guiding the operations of motorcycles in the state. 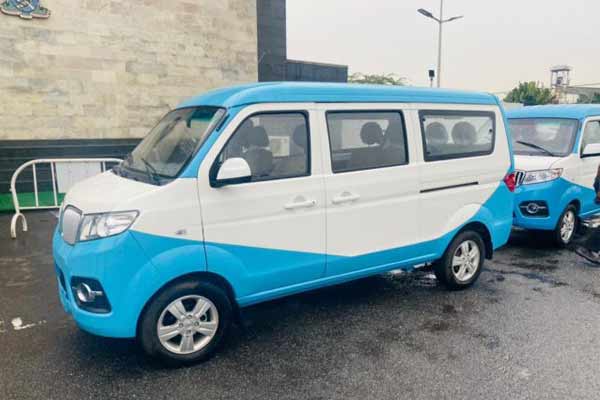 The Governor said, “We have noted with dismay the fact that Okada riders are disregarding and flouting the restrictions we imposed on their activities in certain areas of the metropolis. In this same vein, we have also observed with dismay the ongoing war between commercial motorcyclists and our law enforcement agencies.

“This propensity for lawlessness is not who we are as Lagosians. The Lagos State Road Traffic Law, enacted in 2012 to safeguard the lives of people and to maintain law and order on our roads, is the legal backbone for the restrictions put in place early last year and designed to curb the Okada menace in the State.

“We have also observed a worrying trend in which criminals have found commercial motorcycles a useful and enabling tool with which to perpetrate heinous crimes, with the motorcycles acting as quick-getaway vehicles.

“As we all know, no society can make progress amid such haughty display of lawlessness and criminality. Ladies and gentlemen, let me reiterate our commitment as a government to the maintenance of law and order in society. Our mission of attaining a Greater Lagos can only be achieved when we all resolve to live in an orderly manner.

“Consequently, and based on all that we have seen and experienced in the past couple of weeks, as well as the increasing threat posed by the activities of commercial motorcycle operators to the safety and security of lives, we will in the coming days be announcing further changes to the parameters of motorcycle and tricycle operations in the state.”

We Are Not Owned By Dangote — Port Management company, ICTSI