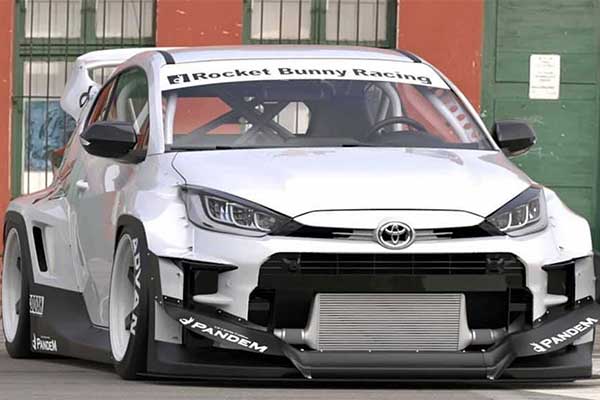 As if the GR Yaris is not enough with all that power and its body kit, some people thought that it needed more and Rocket Bunny responded. Although it’s still a GR Yaris, the kit fitted by Rocket Bunny makes the vehicle monstrous in all ramifications. From the wide front bumpers and intimidating stance, this kit is really something else.

There’s a massive hole in the front end that allows unobstructed airflow to the intercooler, which is also much larger than stock in these photos. Big canards rise at angles at the corners, and there’s a prominent splitter at the bottom. Along the side, the Rocket Bunny kit includes the brand’s trademark wide fenders. At the back, the new pieces include inlets that would at least appear to be for brake cooling.

The rear features a gargantuan wing that requires extra supports that attach to the lower deck. A new bumper has big outlets that would likely allow the air to flow through the inlets in the fenders.

Well, with all the aero kits, Rocket Bunny still didn’t tamper with the already impressive engine. So the 1.6-litre turbocharged three-cylinder engine with 257 hp and 266 lb-ft powers this vehicle. It comes in a six-speed manual with all-wheel drive and a Torsen limited-slip differential on each axle. Not only that, but the GR Yaris is also super fast as it does 0 to 60 in 5.5 seconds at a top speed of 143 mph. 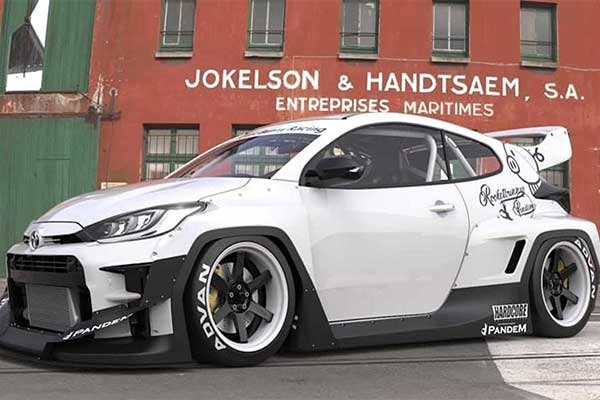 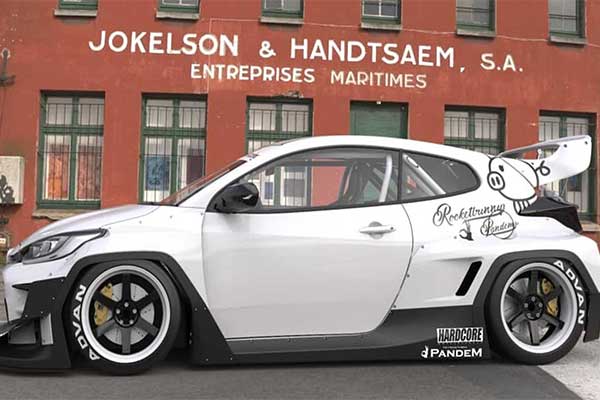 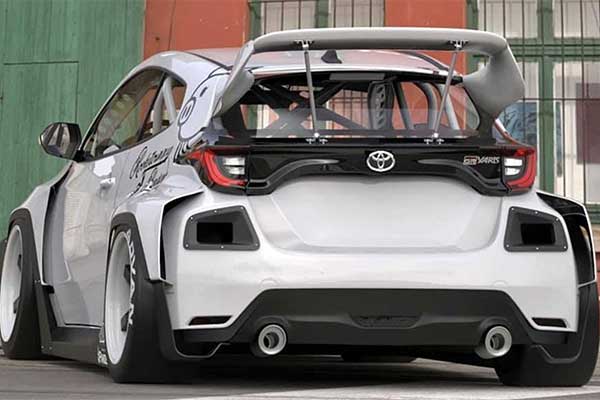 Cheapest Lamborghini Cost More Than ₦7m But Its A Bicycle (Photos)