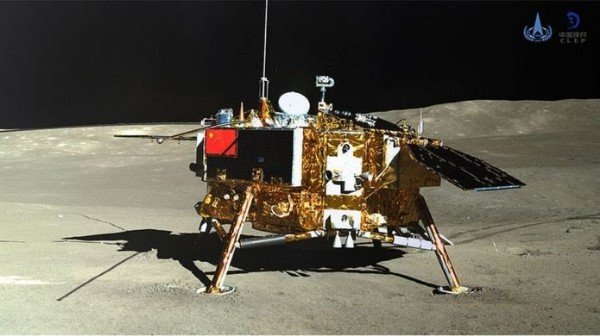 The China National Space Administration has released the video from its Chang’e 4 lander showing the moment it  successfully landed on the moon’s far side on 3 January after a month and about 238,855 miles journey .

The missions two robots, the Chang’e 4 lander and the Yutu 2 rover, are currently exploring the 115-mile-wide Von Kármán Crater,a region no one has ever landed on or been to,since their arrival.

Picture of the Chang’e 4 lander (above) taken by the rover’s camera. 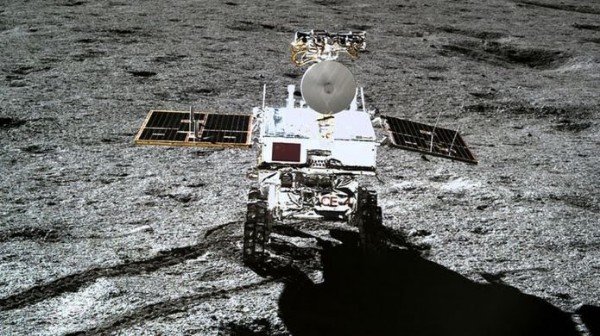 Picture of the Yutu 2 rover taken by the Chang’e 4 lander camera.

The two Explorers have started sending back images and videos of their adventures through a relay satellite positioned with a line of sight to both Earth and the lander. 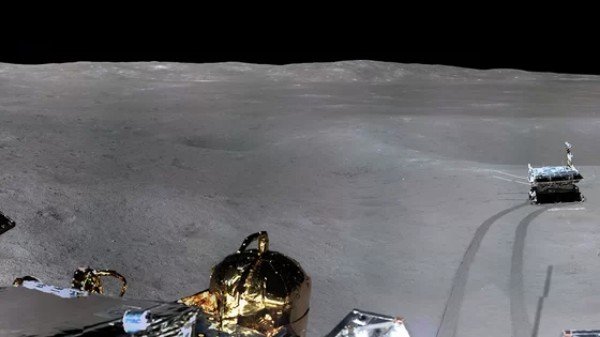 The Yutu 2 rover carries potato and Arabidopsis plant seeds enclosed in a mini biosphere,which will be used by biologists to see how plants breath and use photosynthesis while on the Moon.

The far side (or dark side) is located on the side of the Moon that never faces Earth. It is an intriguing region which no rover has ever landed on. The near side is what we see on earth as well as the region where the US NASA’s manned and unmanned spacecrafts landed on between 1959 and 1972.