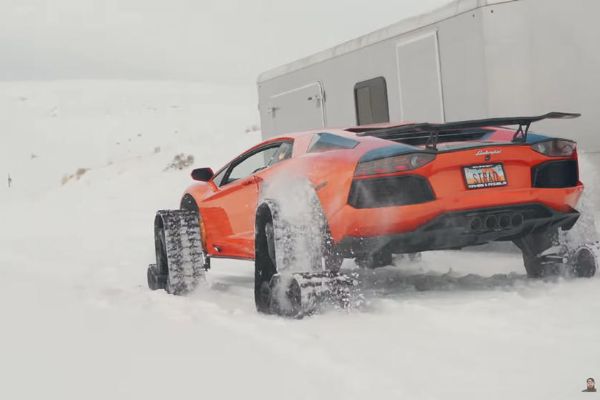 The Murcielago’s successor has a starting price of about N200 million in naira. 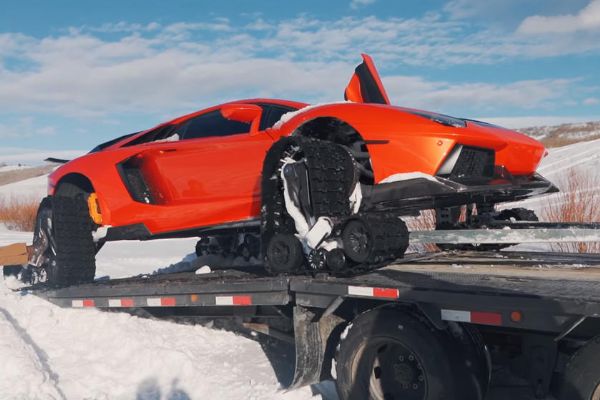 The Lamborghini Murcielago’s successor, the Aventador sports car, is specially designed to conquer the roads as well as race tracks.

Since its unveiled at the 2011 Geneva Motor Show, the several variants of Lamborghini Aventador, has found itself into the garages of sports stars, celebrities and business tycoons. 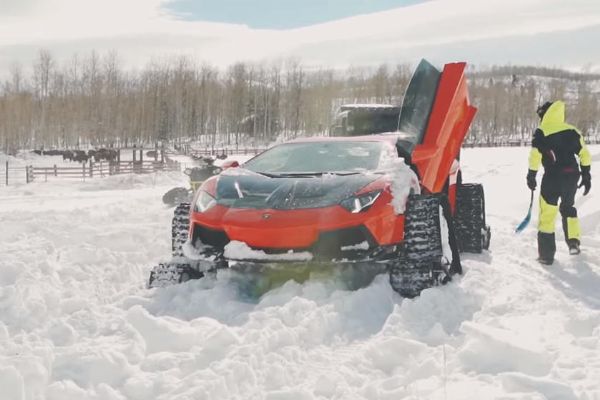 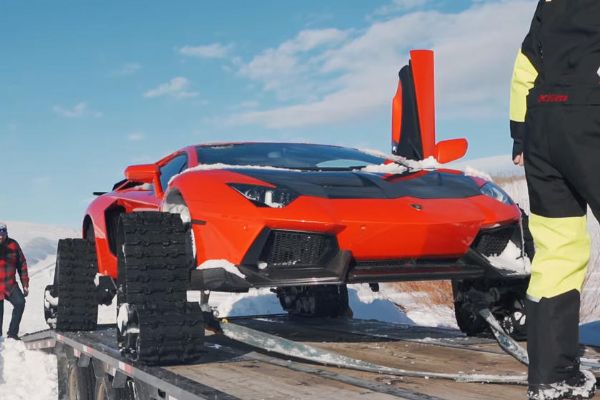 The Aventador has a starting price price that is well over N200 million in naira. But this whopping price hasn’t stopped American car enthusiast and automotive YouTuber, TheStradman, from turning a Aventador into a snowmobile. 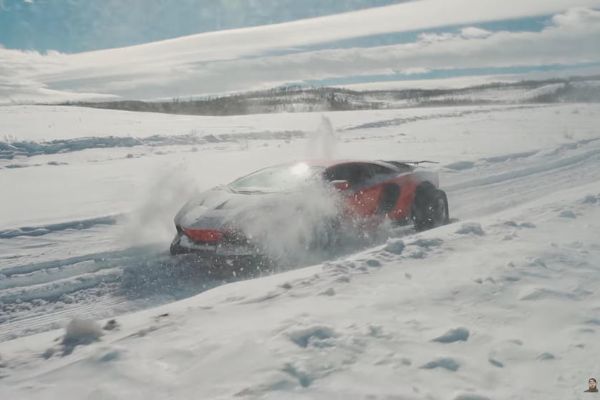 To test the transformation done by HeavyDSparks, this Lamborghini monster on snow tracks was ferried behind a truck to see how it would perform on the ice.

Although, the snow tracks was able to cover about four miles of driving, the road track monster got damaged after its sprockets got exploded. 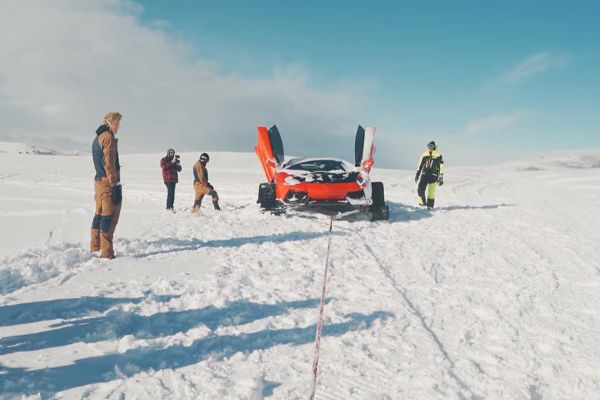 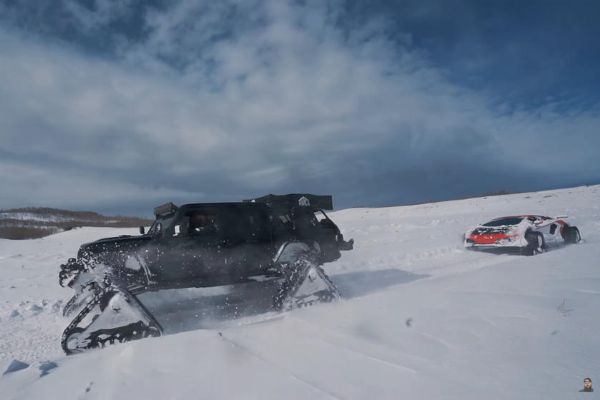 Thankfully, an off-roading Jeep Gladiator SUV, also outfitted with tracks and a winch, was able to lend a helping hand in removing the stuck Lamborghini from the thick ice.

This short clip is an eye opener not to take risks in outfitting luxury sports car that costs as much as this the Aventador with an offroading kits.

Watch the full clip of the Lamborghini Aventador’s adventure on the ice above.