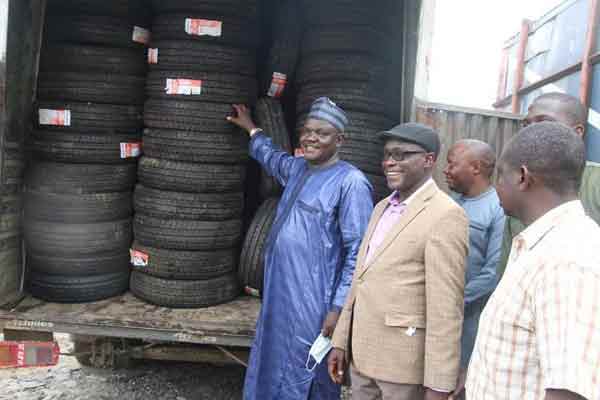 The Standards Organisation of Nigeria, SON, has evacuated substandard tyres from a warehouse in Ogun State as part of efforts to rid the country of unwholesome products.

The tyres were considered damaged because of the act of stuffing them into containers for shipment.

A statement from Director General, SON, Mallam Farouk Salim, said the evacuation exercise was to ensure that the tyres do not find their ways into the nation’s market, adding that products have been tested but failed the critical parameters as a result of stuffing. 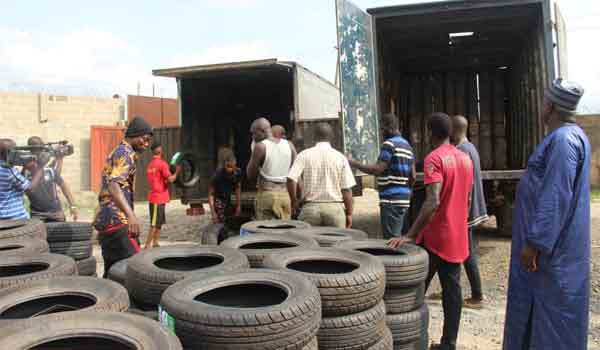 The statement signed by Director, Inspectorate and Compliance, SON, Mr. Mike Dakhing, said: “The act of stuffing tyres into one another instead of bringing it in different containers has rendered the tyres dead on arrival into the country.” For example, if they are to bring 300 tyres in one container, they will now have the opportunity to bring in 1500 tyres and in doing that, this compromises the quality of the tyres .

and as you know the tyres are made of wires and carbon and the test reviewed that the textile strength of the tyres have been compromised so they are no more fit for use and this is why we are going to destroy them. They may look nice in the eyes, but we rely on scientific investigation and analysis.”

LASG Calls For Cooperation As Construction Of 3 Major Roads Begins