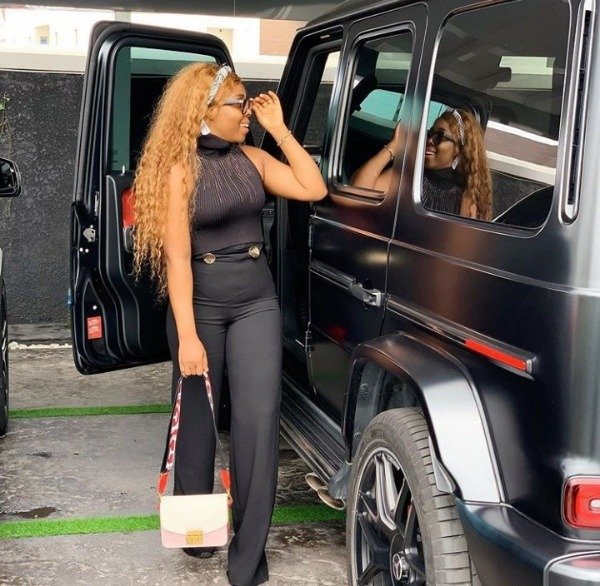 Young and prominent entrepreneur, Nwanneka Nkumah, popularly known as Mizwanneka, is one of the biggest hair sellers in Nigeria.

The 28-year-old mother of three began her journey in the business in 2013. In addition to having a permanent site for her Wanneka Luxury Hair brand in the heart of Lekki, she is also a proud owner of an exotic restaurant.

Eight months ago, Mizwanneka took to her instagram page to show off her latest acquisition, a 2020 Mercedes-AMG G63 SUV.

The SUV, which is a high-performance version of the Mercedes-Benz G550, has a starting price of ₦120 million.

In one of her recent posts (but now deleted); Mizwanneka claimed she was billed ₦1.2 million to replace her two front tyres. She explained the tyres got punctured during her visit to a site in Ikoyi. 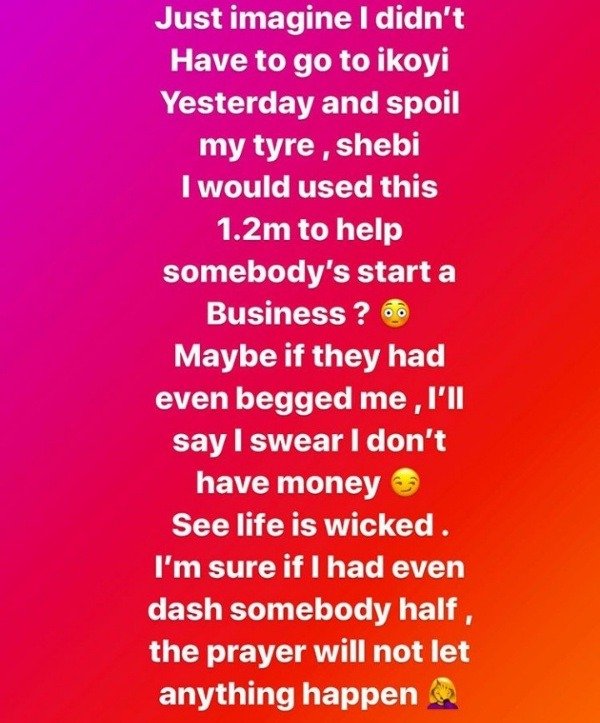 In a follow up post (above), she said the money spent on replacing the tyres could have been used to help someone to start a business.

“I have learnt my lessons don’t worry 😁”

Truly, owning a luxury car worth millions of Naira ain’t cheap at all.

Four months ago, celebrity blogger Linda Ikeji also lamented about the maintenance cost of her ₦100 Million Bentley Mulsanne. Being a rare model, she is forced to import parts into the country.