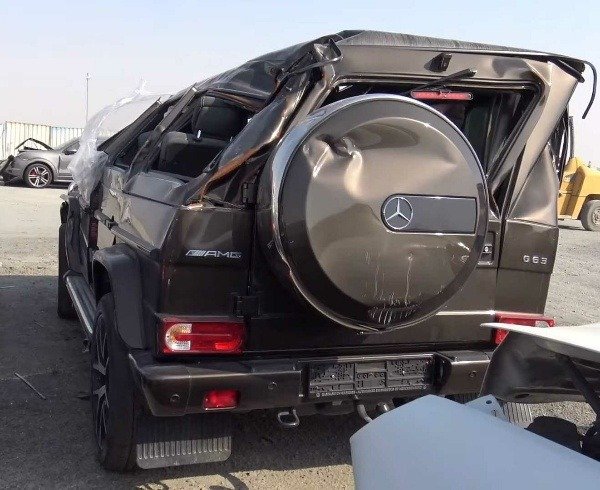 What really happened to this smashed Mercedes-AMG G63 that currently sits in the giant Copart car auction yard in Dubai.

Judging by the extent of the damage, the luxury SUV has been involved in some nasty accidents.

The SUV, including thousands of other cars, are set to be auctioned off.

Would you pay a small fraction of G63’s market value to buy this smashed SUV? 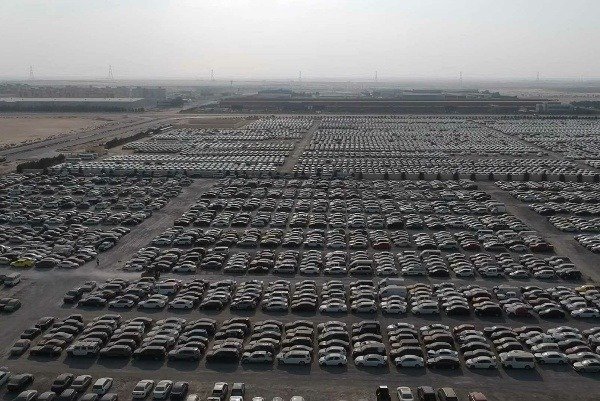 Earlier in the week, pictures of thousands of luxury cars in one of the world’s most expensive supercar graveyards surfaced online.

The pictures, taken from the largest scrapyard in Dubai, are filled with models from brands like Rolls-Royce; Ferrari; Lamborghini; Mercedes; AMG; Bentley; Jaguar; Range Rover – you name it. 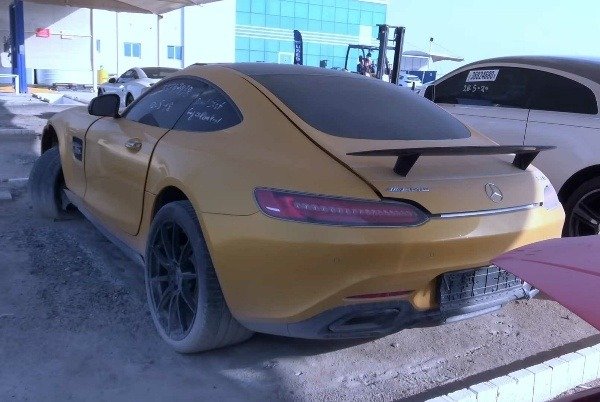 Each of these car has its unique story. Some of these cars were owned by high-flying businessmen who fled the country to dodge UEA’s strict debt laws and potential jail time. Others were brought there after being involved in serious accidents.

While most of these cars needs little repairs to get them back on the road, the same cannot be said for others in the scrapyard.

This smashed Mercedes-AMG SUV, including thousands of other cars, currently sits in giant supercar scrapyard in Dubai. They are set to be auctioned off. 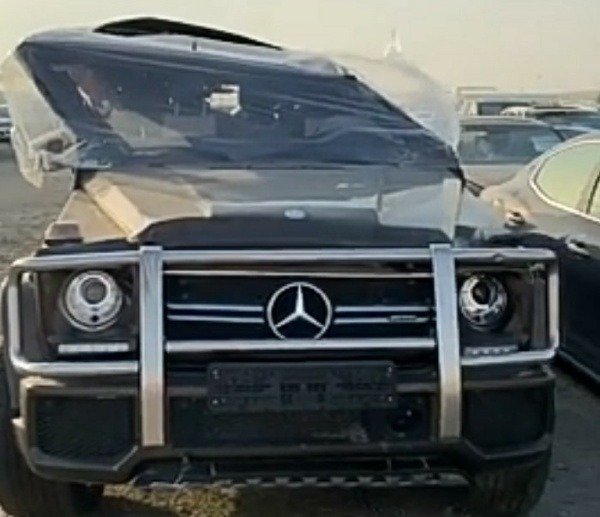 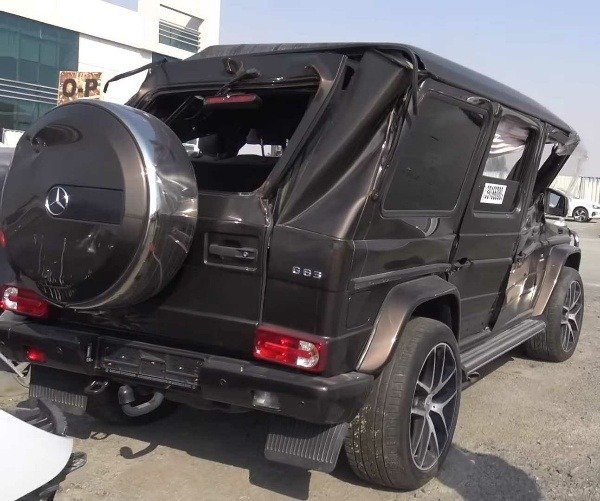 The G-63 SUV, including dozens of other cars can now be bought at auctions. That means you only have to pay a fraction of their market value to own one; plus the cost of repairs to put them back on the road.

Would You Pay A Small Fraction Of The Mercedes-AMG G63 SUV’s Market Value To Buy This Smashed SUV?