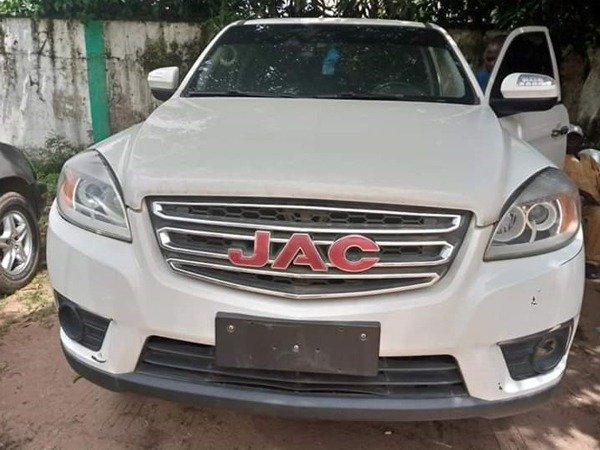 The Imo state Peoples Democratic Party, PDP, has returned two vehicles owned by the State government that were still in their possession.

The vehicles returned are a black Innoson vehicle and white JAC vehicle.

This is coming seven months after the Emeka Ihedioha’s administration of the PDP ended.

The vehicles were returned after the state government requested that the party should hand over the government property to the authority.

The handing over of the said vehicles took place at the PDP, state party office located at Okigwe road in Owerri. However, the Imo PDP, leadership is said not to be happy. They claimed that the vehicles were donated to the PDP, for party activities. This was during the government of Ihedioha.

This claim by the PDP has been punctured by the former PDP, Publicity secretary, Damian Opara.

Opara explained how the vehicles managed to enter into the hands of those they recovered them from. He said: “The two vehicles recovered at the PDP office by Imo State Government Taskforce. They were never gifts or donations by the past PDP Government to Imo State Chapter of PDP.

“Rather the black Innoson Vehicle was the official vehicle given to Raymond Emeana. It was given to him in his capacity as the Chairman of Imo State Housing Corporation.

“While the White JAC vehicle was given to Martins Ejiogu directly by the Jasper Ndubuaku led recovery committee. This he converted to his personal use as Chairman of Imo State Land allocation committee.”

He continued: “To tell the public that the vehicles were given to PDP as a gift by the immediate past PDP Government was not correct.

“People should be man enough to tell the truth, everything should not be fake news mixed with propaganda.

“The Taskforce simply recovered Government vehicles in possession of appointees of the previous administration, as none of the two vehicles were given or donated to PDP.

We should beware of the news and information we give to the Public as the Law is now watching us.”