Whenever you hear the business name ‘Coscharis‘, an automobile giant in Nigeria comes to your mind.

The brain behind Coscharis is Cosmas Maduabuchukwu Maduka. He’s the founder of the famous Coscharis motors we all know today. The company is currently known to be one of the most successful auto parts lease company and major distributor of several brands of luxurious cars.

Let’s sit back, relax and read about how the automobile mogul, Cosmas maduabuchukwu Maduka, started from the scratch to the level he is positioned today.

It all started when this Nnewi-born Cosmas Maduabuchukwu Maduka was just seven years old. The beginning was a very tough one for him; he didn’t get to where he is on a platter of gold.

At the age of four, Cosmas lost his dad which led him to hawking bean cake (akara) in a bid to survive the hardship. As time passed, life became harder for the mother to take care of Cosmas and the other three children of hers. She resolved to withdraw Cosmas from elementary three and then sent him to his maternal uncle in Lagos as an apprentice. He worked with no contractual agreement with his uncle.

His uncle who lived at Ebutte-Metta took Cosmas along with him to work. People around even questioned if the little Cosmas could keep up with learning at such age. He even had to spend his night inside the shop while his uncle went home with the keys. His uncle didn’t have a house of his own then so he stayed with his friend.

At the young age of nine, Cosmas mastered his craft and was seen doing what elderly people were doing. He could then single-handedly travel all the way from Lagos down to Nnewi to make some purchases for his boss. He kept to this pace up till the age of 14 when he was sent to work in some of their branches like Sokoto.

You may also like: The Official Vehicle Of The Executive Governor Of Enugu State – Armoured BMW 760li

At that age of 14, Cosmas had an issue with his uncle that led to his uncle giving him a N200 to go and find his way. This was a way of punishing him by his uncle. He told his uncle he didn’t deserve such treatment from him but his uncle hardened his heart. He outrightly told his uncle to give him five years and he would be amazed with what will come out of it.

He thereafter set up a company – Maduka Brothers – with his brother for selling spare parts. They later parted ways due to ideological differences and his capital after dissolving the business then was N300.

With this N300, Cosmas started his own business. He bought goods from Lagos and sold them off in Nnewi. His first breakthrough was when he went to Boulous Enterprise to purchase motorcycle spare parts. He stumbles upon a new innovation – motorcycle crash ban – and he bought several of them. He played smart; he removed the address of Boulous from the carton so that people won’t be able to trace the source of his merchandise. It was a swift sale for him; everything was sold that day. This led him to taking a night bus back to Lagos to get more goods. He embarked on this business travel up to four times in a week. It was a boom for him; his capital rose from N300 to N3000.

Cosmas got married at an early age of 19 and he took to the path of importation afterwards with the capital he had. He was face with a very big challenge when he received a wrong consignment. This was a very big problem for him and it ended up landing him in debt. He owed his landlord for months, his shop was locked. Cosmas didn’t just give up, he continued striving, and He believed there was a very bright light at the end of the tunnel.

You may also like: Nollywood Actress Diwa Ishaya Buys Herself A BMW X6M

He believed in dignity in labour which made him start all over again after incurring such loss. He used the scale he got as a wedding gift to make money. How did he do that?

He took the scale to the market and charged everyone that climbed on it 10kobo. He used this scale to build up another business capital. He made a lemonade out of the lemon life threw at him.

When he gathered enough money from his scale business, Cosmas teamed up with one of his friends called David to set up a company they named CosDave. Just like he did with his brother, he parted ways with Dave due to ideological differences and then formed Coscharis. 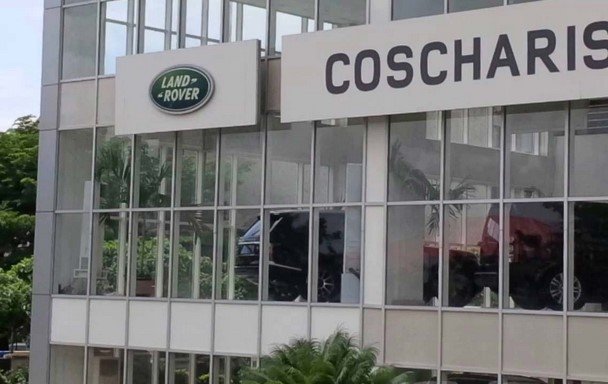 Coscharis was coined from his name and the name of his wife, Charity. Coscharis is a combination of words.

As a channel to the breakthrough of Coscharis in 1982, Nigerian government granted import licenses to up to ten motor companies of which Coscharis was among. Coscharis continued to expand from that very day up till this day; they now have several subsidiaries.

In 1987, Coscharis ultramodern complex was commissioned at Victoria Island. Coscharis state of art ultramodern sales and showroom in Maza maza, Lagos, was also commissioned by Alhaji Atiku Abubakar In 2000. He was then the Vice President of Nigeria.

Coscharis secured in 2015 the right of being the sole distributor of the BMW car brand in Nigeria. It is also the first company in Nigerian to build an assembly plant for Ford Ranger. 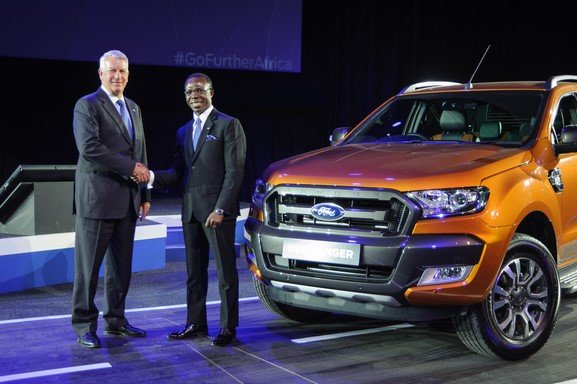 Cosmas is gifted with five children of whom his eldest son is 32 years old.