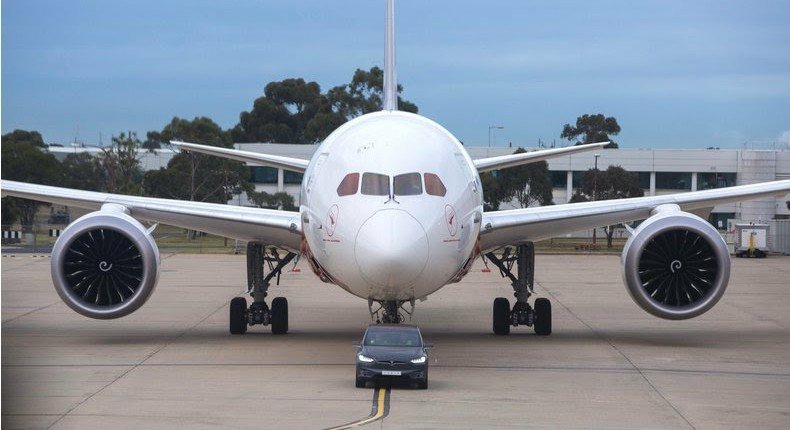 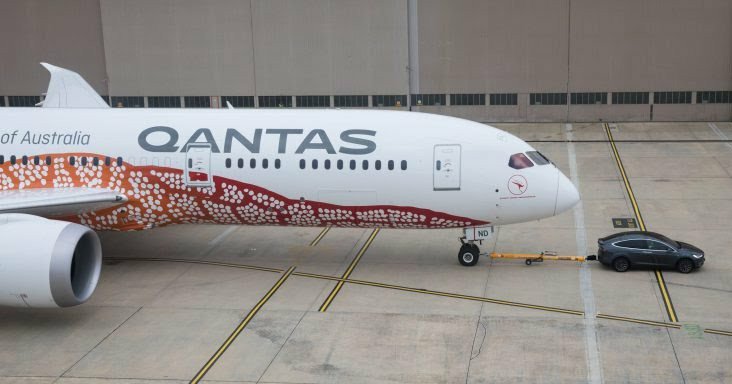 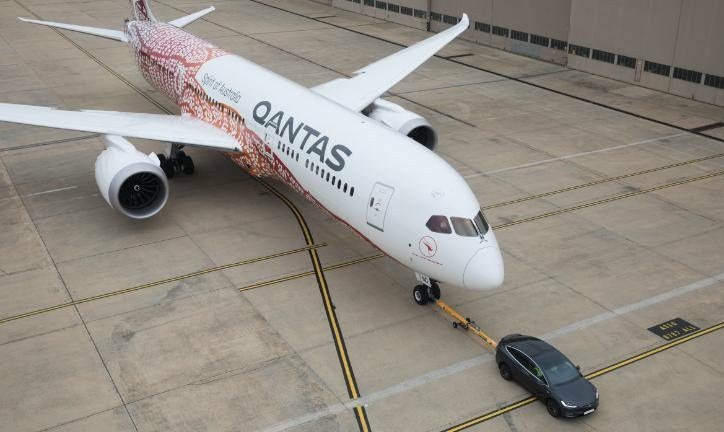 The Model X’s with a towing capacity of about 5,500 lbs pulled the Qantas owned Dreamliner that weighs 286,600 pounds with little fuel (up to 560,000lbs when filled) for 300 metres at Melbourne Airport in Australia.

This stunt by Qantas was aimed to show support in reducing greenhouse gas emissions after being sanctioned by International Council on Clean Transportation for its poor emissions record.

Back in 2006, a Volkswagen Touareg V10 TDI towed a Boeing 747 while a Nissan patrol managed to drag a massive 170-tonne cargo plane 6 years after.

Russia’s Putin Defies The World,Drives In Convoy Of Trucks To Open The Longest Bridge In Europe