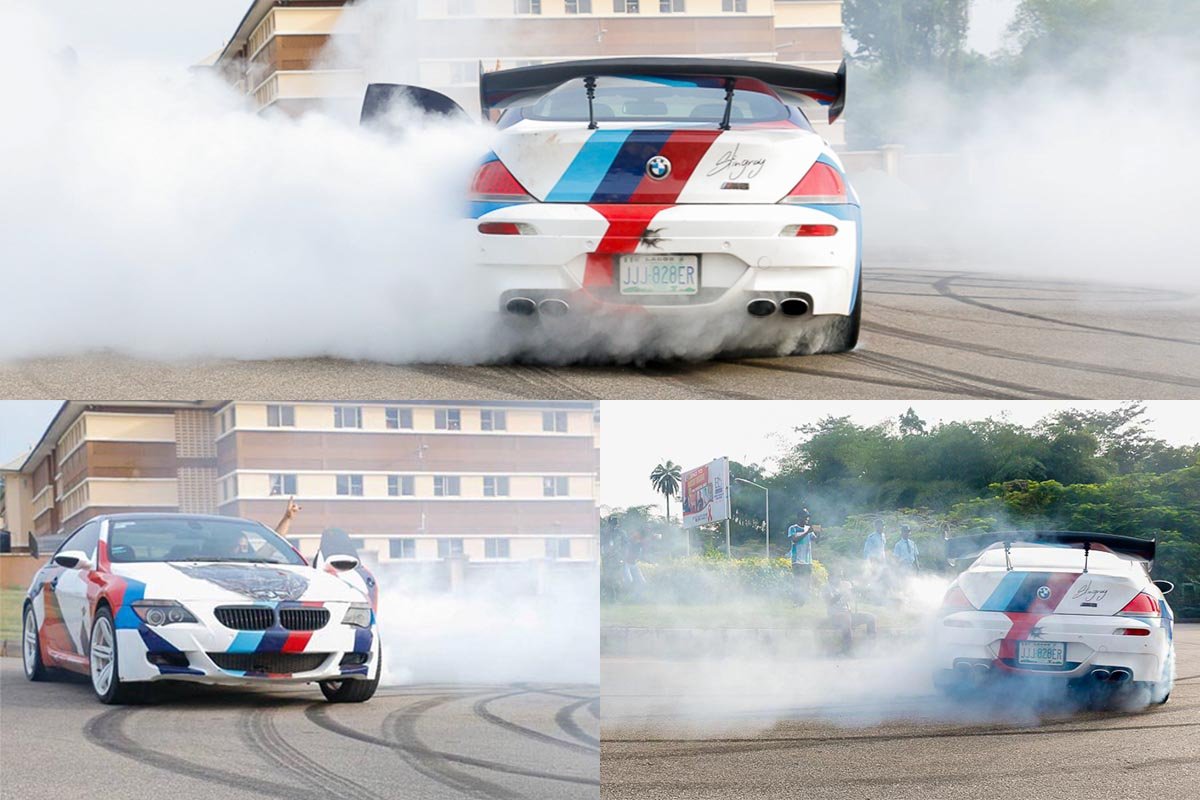 As the name implies, it was an Auto Rally and not a Political Rally. However, the accolade the Ondo Auto Rally received is synonymous to a peace campaign which brings every Nigerian together as one whilst promoting economic activities.

It all started at 7am on Friday 10th of Nov. 2017 when the race drivers and other attendees started to converge at the Mobil Filling Station located between the old toll gate and Berger Bus/Stop in Lagos. At the same time, other participants set out from other cities across Nigeria even as far as Birnin Kebbi .

The Lagos crew arrived Chief Michael Ade-Ojo of Elizade’s hometown, Ilara-Mokin in Ondo State at 2 pm with a huge convoy after feasting on Dodo Ikire and Akara Osu during the road trip. Little did they know Round 2 awaited them as they were welcomed with soft and fluffy pounded yam and vegetable with palm wine. When it comes to Pounded Yam (Iyan), Ondo State does not carry last. ? 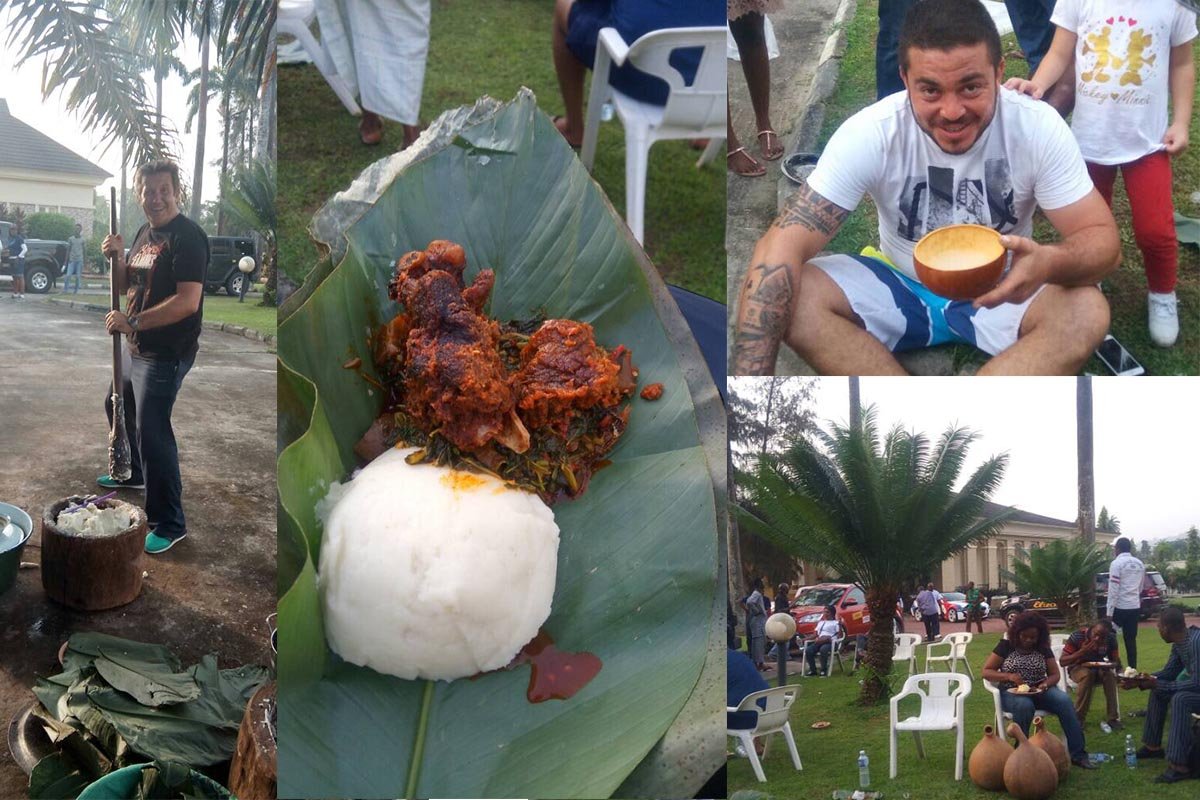 Before we could say Jack…. drivers were already revving their engines and the motorsports fever filled the air. There was a friendly sprint race between “The Tiger Race Car” and “The Rage” which the latter won by a nose. The BMW M6 by Stingray also swung into action with it’s intimidating 600 horsepower and a thunderous exhaust note.

The roadshow landed everyone at the Smoking Hill Golf Course where the Ford Raptor stole the show with a 4×4 drift as the 6.2litre truck disappeared into its own dust.

The first day of the event ended with an evening party at Elizade University which was anchored by Vermis Bakare and Mz Kiss.

Day 2 started with complementary breakfast at the awesome Heritage Continental Hotel in Akure before everyone headed back to Ilara-Mokin for the Off-Road Rally Stage of the Ondo Auto Rally. It was a dirt track on closed roads through the villages with lots of dust and ditches which sent several cars aiming for the skies.

Who would have thought the residents of those villages would love motorsports that much? Obviously, they wanted some more as everyone was chanting Team Rage! Team Rage!! .. Team Rage had just won the Off-Road Rally; the driver Olumiyiwa Akintola and co-driver Leye Binuyo were elated. The second and third positions were taken by Kingsley Uwatse and Peter Awojirin respectively.

The Circuit Stage started 2 hours behind schedule because the Off-Road Rally took longer than expected. However, the fun was tremendous. Akure residents didn’t want to miss a thing so they came out en masse. 11 racing teams partook with so much desperation to win the golden cup and the ultimate cash prize.

It got more intense when cars started drifting through corners and flying over slopes to the extent one of the cars had a tyre burst. OMG! You surely missed if you were not there. At the end of the 3 lap circuit race, The Stingray Team (Antonio Sandouk and Dossy Sandouk) won by a landslide with Tunde Ojosipe and Habibu Nagide taking the second and third positions respectively.

The bikers where also not left out as seen in the photos below: 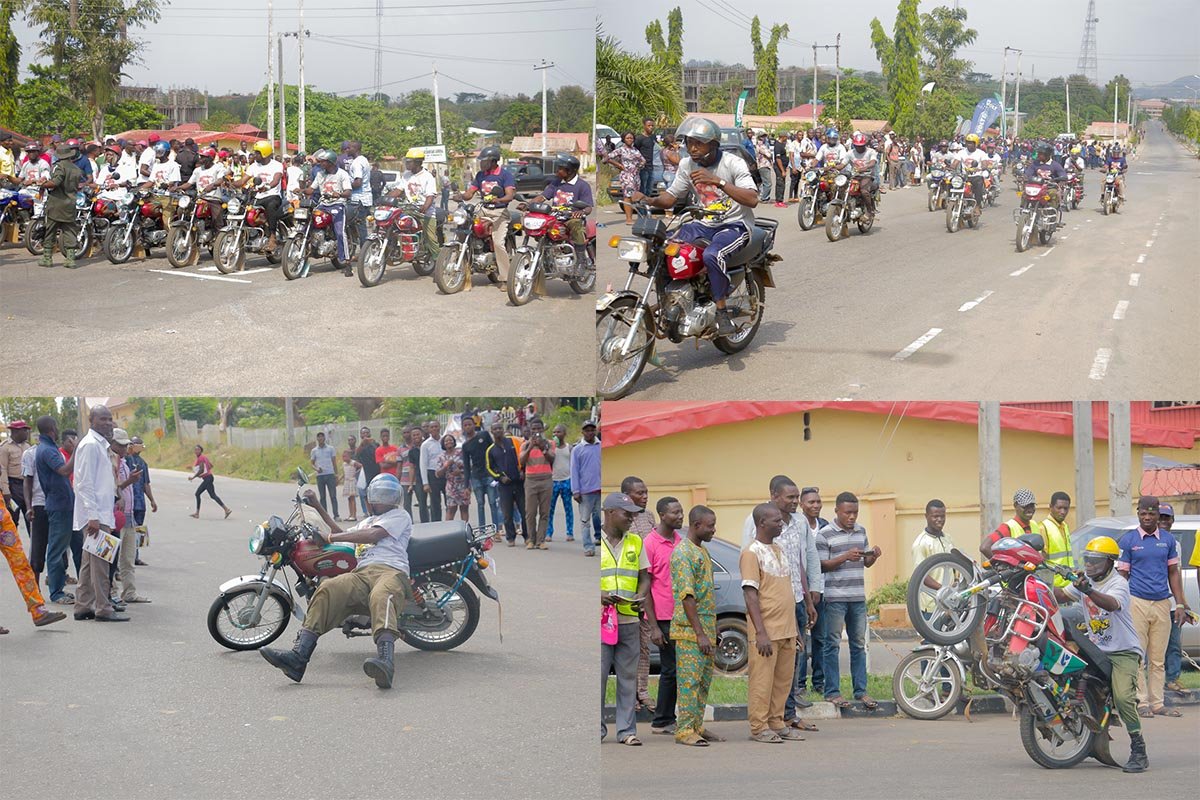 AWARDS BY THE EXECUTIVE GOVERNOR OF ONDO STATE

The Governor of Ondo State, His excellency, Rotimi Akeredolu graced the occasion and commended the organisers of the first Auto Rally in Ondo State, saying the event has boosted the tourism potential of the state. He said, “This is Sunshine State, I can tell you we have the best potentials for tourism in its natural state”, while addressing the teams of racers, stunt experts and rally enthusiasts.

Chairman of Elizade group who hosted all the racers on the eve of the rally, at his Ilara Mokin country home; said he was delighted to have the Ondo Rally share spotlight with his signature Wuraola Memorial Tournament, since it had same vision of showcasing the beauty and possibilities of the state to the world at large.

“THE COMBATANT” THE MADE IN NIGERIA HOT ROD CAR

Mr Alex Ephraims was also present with his Made-In-Nigeria car which created a lot of buzz. It comes with a V6 engine that has a maximum speed of 120 mph. ? That’s pretty fast. It also gets an air conditioning system, in-dash display screen, USB port, automatic transmission, Batmobile looks, LED headlights, leather seats etc. The car is so cool the Governor of Ondo State had to take a ride in it.

The 2 day event ended with a gala night party at the Smoking Hill Golf Course Resort which was turned into an opera house with the immaculate voice of Blessing Agu the Suprano Singer.

In conclusion, motorsports has come to stay in Nigeria and this is further evidenced by the unparalleled interest of the future generation as Baby Gabrielle Osakwe and Alain Sandouk took over the wheels and never wanted to step out of the Tiger Race Car in the pictures below..

There was meant to be a stunt driving session at the Arcade in Akure Town but it was long canceled as only 2 professional stunt drivers were able to make it down to Akure. The other stunt drivers who were coming from Abuja could not continue with the trip when they saw the bad state of the road ahead.

Just like sustaining injuries in a football matches, some cars had their fair share of injury like tyre burst and a totaled engine. But did this have any adverse effect on the event? Absolutely not.

It’s indeed a November to Remember as promised by the Work and Play Team.

One question everyone won’t stop asking is… when and where is the Next Auto Rally?

15 Car Related Terminologies and their Explanations