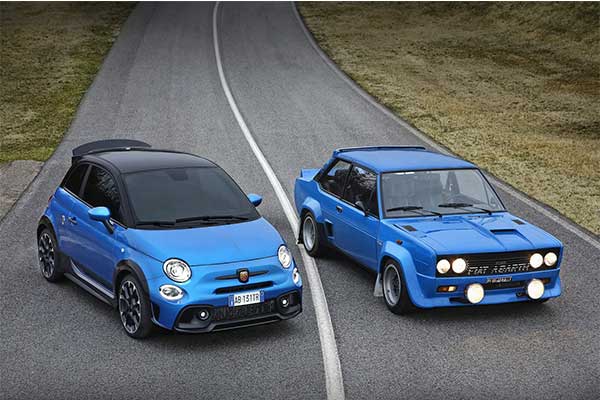 The Abarth 695 Tributo 131 Rally is a new limited special edition, which celebrates the 40th anniversary of the last race of the Fiat 131 Abarth Rally: it distinguished itself in the 1970s to 80s in the World Championship WRC rallies, in 18 international rallies, as well as with several world manufacturer and driver titles.

Powering the hot hatch is the most powerful version of the 1.4-litre, 16-valve T-Jet engine. It produces 180 horsepower (134 kilowatts) and 184 pound-feet (250 Newton-meters) of torque in the Abarth. It can hit 62 miles per hour (100 kilometres per hour) in a respectable 6.7 seconds with a maximum speed of 140 mph (225 kph). The engine is hooked up to the “Record Monza Sovrapposto” exhaust system to ensure it sounds as raucous as it feels.

To increase grip and improve the handling, it also comes standard with Koni FSD shock absorbers on both axles and a model-specific braking system which includes aluminium Brembo callipers with four pistons on the front and ventilated front and rear discs up to 305mm in diameter on the front axle. That’s a lot of braking power for a car that weighs roughly 2,500 lbs.

Inside, the upholstery is enriched with blue stripes as well as matching stitching, not to mention touches of carbon on the steering wheel, and Alcantara on the dashboard and the cap of the instrument cluster. There are a few nods to the Fiat 131 Abarth Rally, with its silhouette and the inscription “Tributo 131 Rally” on the doors, the seats and the dashboard.

The Abarth 131 Rally was launched in 1976 for Group 4 competition and raced for six years in the World Rally Championship, earning 18 victories at international rallies, three World Constructors’ Championships, two FIA Cup for Rally Drivers’ titles with Markku Alen, and a World Drivers’ Championship with Walter Rohrl.

Abarth is only building 695 units worldwide making it a limited model. 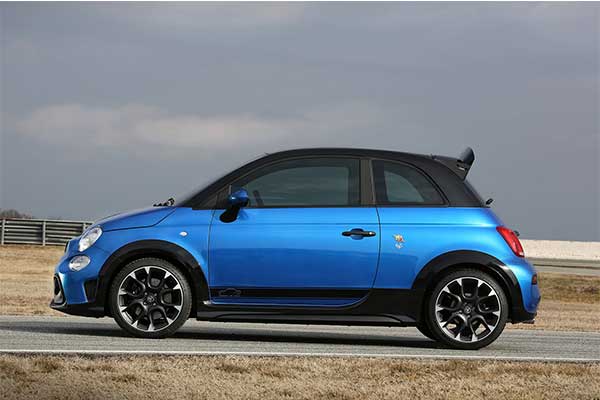 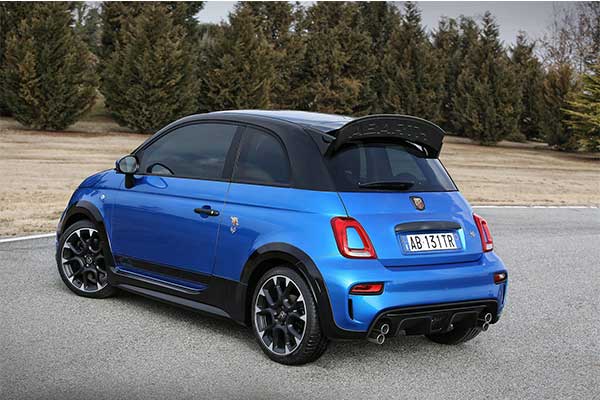 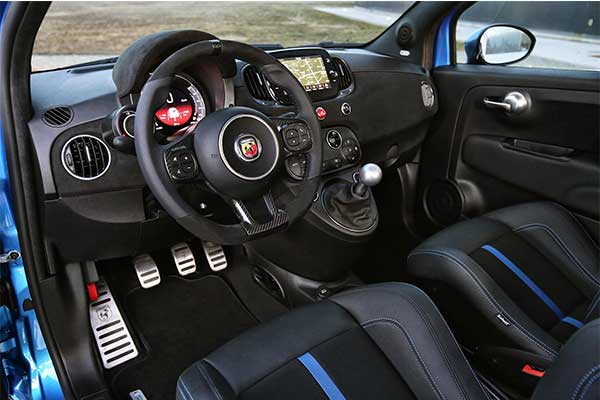 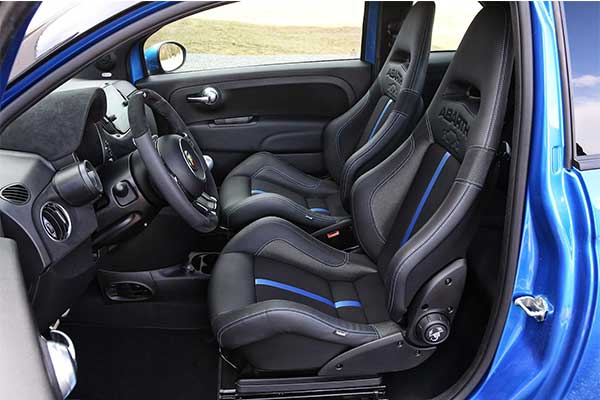