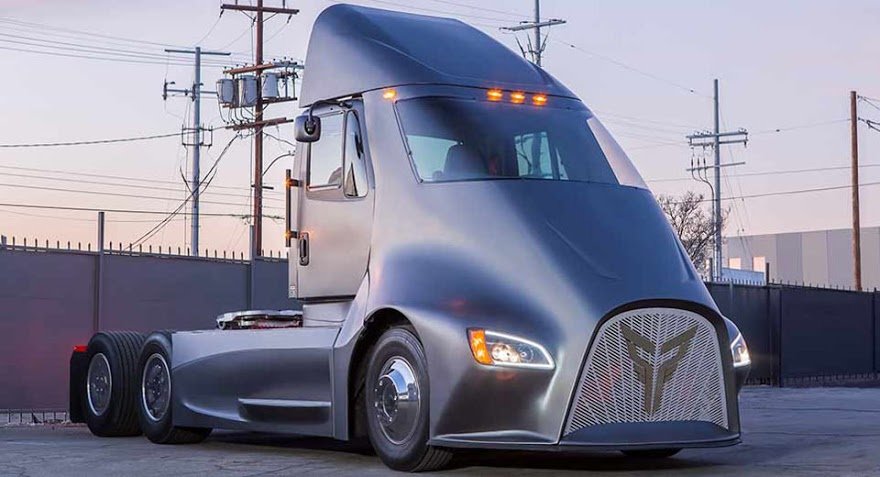 Tesla has already received a healthy stream of pre-orders for its electric semi-truck, but Thor ,a new California company will offer an alternative. Thor Trucks has revealed its first all-electric semi and it boasts promising specs in an attempt to rival the Tesla Semi.

Thor Trucks believes it can stand out by converting fossil fuel-burning trucks into battery-electric ones with its unique powertrain technology and in-house battery production.

Most of their parts are procured from established suppliers, a strategy the company says will help it ramp up production, but also give their clients more confidence. The prototype also uses heavy-duty Dana axles and a TM4 motor while the battery packs are built in-house using LG Chem cells.

The ET-One,a Class 8 tractor will up to 30 percent more power than diesel and range options up to 300 miles for short-haul and regional routes. Like Tesla, Thor promises its electric powertrain can out muscle diesel engines while reducing maintenance needs, per-mile cost and overall cost of ownership.

Thor won’t have just Tesla to deal with. Two other big names have shown off their own all-electric semi-trucks, too. Daimler revealed the E-Fuso Vision One with a 217-mile range and Cummins beat Tesla to the electric-semi punch when it debuted the Urban Hauler Tractor with a 100-mile range. Unlike Thor, Tesla, or Daimler, Cummins said its electric powertrain can be paired to a diesel engine to act as a range extender for about 300 miles of total range.

This US AirForce’s Special Ops Supercar,The Dodge Challenger Vapor Will Blow Your Mind