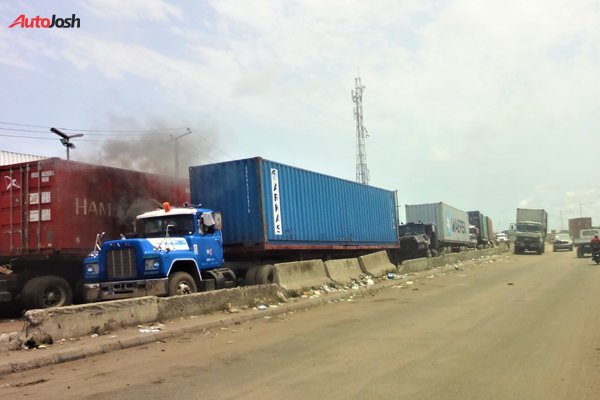 A 39-year-old truck driver, Chinedu Anmuche, was on Thursday arraigned before an Apapa Magistrate’s Court for allegedly overloading the truck in his care, without the consent of the owner and for stealing seven tyres in Apapa.

Anmuche is facing a two-count charge of malicious damage and stealing.

The prosecutor, Sergeant Marvellous Obongha, told the court that the defendant committed the offences on May 17, 2019 at about 9am at Apapa.

“The defendant being the driver in charge of Mack truck with registration number AAA 291 XX property of Santo Chris Nig Ltd, drove same vehicle to deliver goods at FCT, Abuja and to return same in good condition but maliciously overloaded the truck and without the consent of the owner, as a result damaged the truck,” Obongha said.

According to him, the offences are punishable under sections 339 and 287 of the Criminal Laws of Lagos State of Nigeria 2015.

The defendant pleaded not guilty to the charges. Magistrate Remilekun Ojodun granted him bail in the sum of N100,000 with two sureties each in like sum.

The sureties are required to furnish the court with proof of three years tax payment to Lagos State Government.

Innoson To Sponsor The 2019 Edition Of Big Brother Naija (BBN)