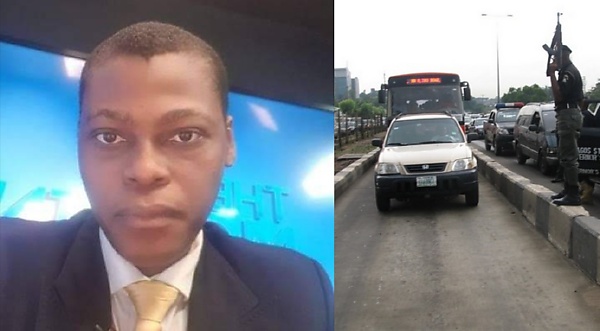 TV Presenter with Arise TV Oseni Rufai slammed by LASG and Police for driving on BRT lane, says he was misled by Google Map.

Rufai had his car confiscated by the officials of the Nigerian Police Force after driving on the dedicated BRT lane.

He claimed a gun was pointed at him, adding that he saw three other cars drive by the BRT lane and they were not stopped. 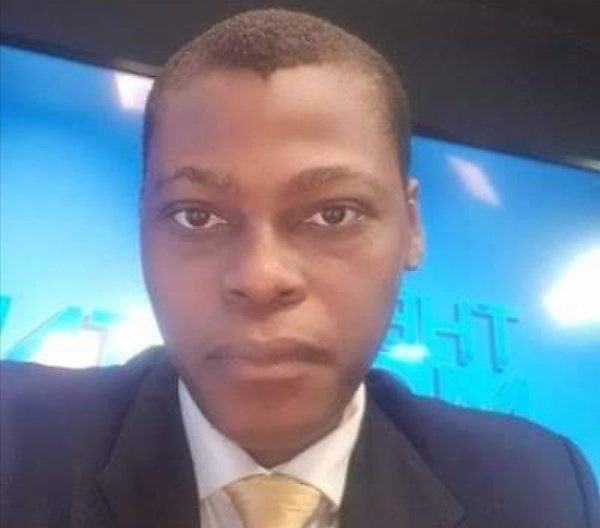 Rufai Oseni, a host on Arise TV, has come under fire from the Lagos State Police Command spokesman, Benjamin Hundeyin and the Chief Press Secretary to the Lagos State governor, Gboyega Akosile, for committing a traffic offence.

Oseni, who was arrested by officials of the Nigerian Police Force for driving on the dedicated BRT lane in Lagos, first claimed in tweets that a gun was pointed at him and his vehicle driven away.

“I offered to pay for the traffic infraction but the police was hell bent of forcefully collecting my keys and pointing a gun at me.

“I saw three other cars drive by the BRT lane and they were not stopped. I am at sea! Why point a gun at me and forcefully collect my key. I am shocked,”

“Rufai, let’s not do this. You admitted to me that you passed a BRT lane. It’s against the law.

“Your claim that Google maps took you there is not tenable. You disobeyed and resisted the officers. We’ll sanction the officer who misused firearm if proven.” 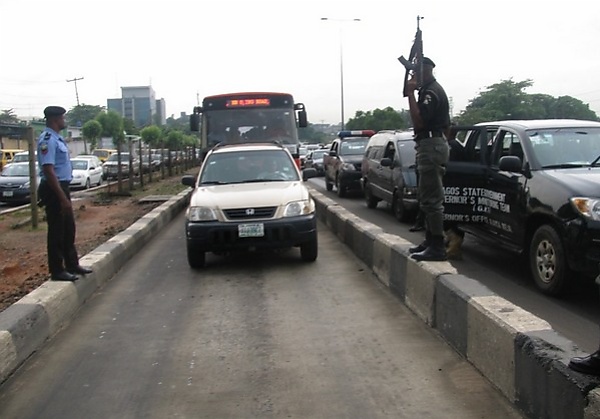 “BenHundeyin, a gun was pointed at me and my car was forcefully driven off. Now you are lying Ben, if I resisted how did they drive my car off and why did you ask me to send my car details? All I want is justice. I noted there was an infraction. It’s best you stop the lies!”

“Thank you Rufai, while the Police deal with the police officer in their own way, we’d ensure that necessary action is taken against you for driving on BRT lane as you’ve admitted to the police. You’re a lawbreaker and you should face the necessary penalties.”

Refuting he was lawbreaker and justifying his passage of the dedicated BRT lane, Oseni tweeted :

“I am not a lawbreaker, I saw cars pass through the supposed BRT lane and they were not stopped all of a sudden I was stopped and told I used the bus lane. If I didn’t see other cars I would not go through,”.

Meanwhile, Oseni has revealed that the matter has been resolved amicably.

“I stated my side of the case to the police and we resolved amicably. I must state citizens must be treated better and the police must approach things better. We citizens have rights and that’s all I demanded.”

Photo News : Emir Of Kano Turned Up At FRSC Centre In Cadillac Limo To Renew His Driver’s Licence

Jeep Terminates Partnership With GAC, Pulls Out Of China Over Government Interference