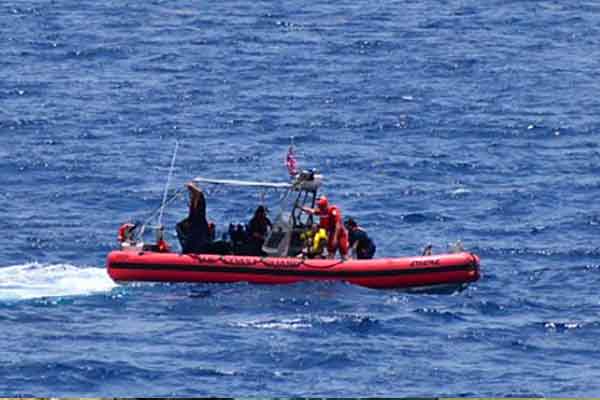 The US Coast Guard was searching Friday for 10 people missing off Florida after a migrant vessel with 20 Cubans capsized.

Authorities reported late Thursday they had recovered two bodies near the Florida Keys and pulled eight people alive from the ocean.

The Coast Guard said on Twitter that “multiple air & surface assets” searched through the night would continue all day.

A Coast Guard crew was on a routine patrol Thursday when it spotted people in the water.

In this handout image courtesy of the US Coast Guard the Coast Guard Cutter Resolute small boat crew rescues 8 people from the water approximately 18 miles southwest of Key West, Florida, May 27,2021.

The survivors said they left Cuba’s Puerto de Mariel on Sunday and capsized at some point on Wednesday night.

The Coast Guard did not describe the vessel that the group came on, though it is common for Cubans trying to reach the United States by sea to take crude boats not suitable for navigating the Straits of Florida.

Cuba’s deepening economic crisis has sparked an increase in the number of people seeking to escape the island.

In the last eight months, the Coast Guard has intercepted 298 Cubans, compared with 49 individuals from October 2019 to September 2020.