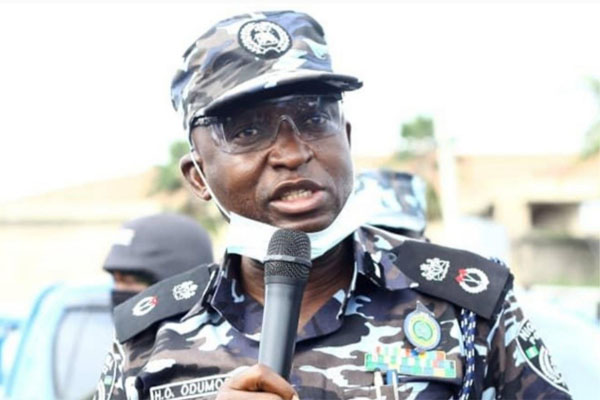 The Commissioner of Police, Lagos State, CP Hakeem Odumosu, today warned the Divisional Police Officers and Heads of Departments in the Command against the use of patrol vans as personal utility vehicles.

He gave the warning during the presentation of six (6) brand new Nissan patrol vans to the Lagos State Police Command by Hon James Abiodun Faleke, representing Ikeja Federal Constituency, at the National Assembly, Abuja, at the Command Headquarters, Ikeja-Lagos.

The Commissioner of Police, who received the patrol vans on behalf of the Nigeria Police Force, appreciated the federal legislator for his gesture and supports to the Police Command and other security agencies towards having better security in Ikeja Federal Constituency and Lagos State in general.

He further commended Hon James Abiodun Faleke for the ongoing renovation of Ojodu Division that was vandalised and partly torched during the last violent Endsars in October 2020.

CP Hakeem Odumosu, therefore, promised to judicious utilise the patrol vans for effective policing of the entire area of Ikeja Federal Constituency as projected by Hon James Abiodun Faleke, and that the vans will be deployed within the Constituency for purposes underlining the donation. 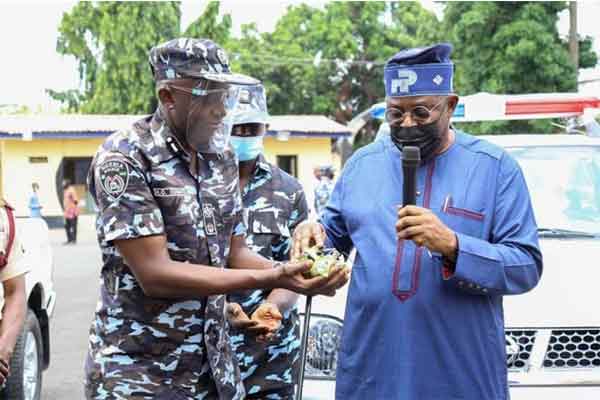 While appealing to spirited leaders and individuals in Lagos State to emulate Hon James Abiodun Faleke, CP Hakeem Odumosu admonished the general public to support the police and volunteer useful information to form solid intelligence gathering in the state.

In his reaction, Hon James Abiodun Faleke, reiterated his supports to the Police and other security agencies in his Constituency to improve on the security of his constituents and Lagosians in general. He equally promised to embark on more projects that will assist the police in discharging its duties as expected.

Anglo-Swiss Consortium Isn’t Giving Up Yet, Increases Offer To Buy Lamborghini From $9.2b To $11.5b