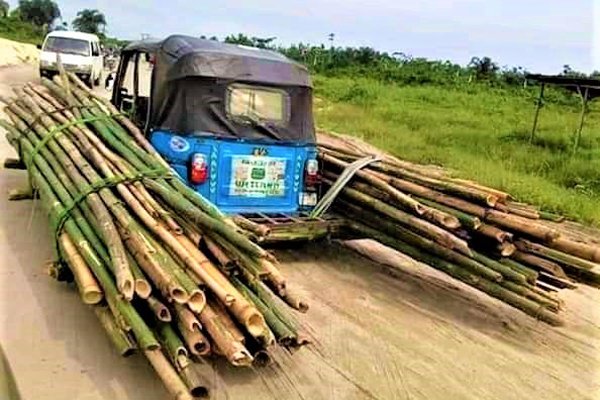 See what this Keke NAPEP is carrying. The above photograph of a tricycle carrying bamboos was captured somewhere in Delta State. Tricycles, aka “Keke NAPEP”, “Keke Marwa,” or simply ‘Keke’.

Tricycles are a popular means of public transport in most major towns in Delta state. The areas most affected are Asaba, the state capital, Warri, Abraka and Ughelli. 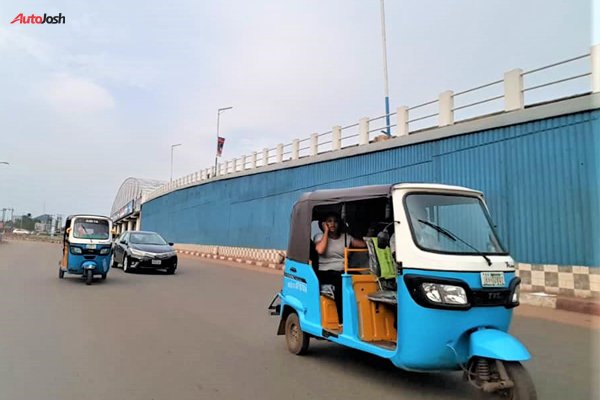 Tricycles was first introduced into Nigeria in the late 1990s by the then military administrator of Lagos State, Colonel Buba Marwa (rtd.). This was during the military regime of  General Sani Abacha.

The name was later changed to ‘Keke NAPEP’ during the time of President Olusegun Obasanjo. This was when the National Agency for Poverty Eradication Programme (NAPEP)  imported a large quantity of tricycles as a poverty alleviation scheme

In November 2012, the Delta State Government announced the ban on commercial motorcycles in 2012. The ban affected major towns and cities in the state.

Prior to this time, the common means of public transportation was the use of taxi cabs with commercial buses joining as the population increased.

What this Keke NAPEP is carrying, do you think such a practice is safe on our roads?

Inside Incredible Restaurants That Were Once Aircrafts