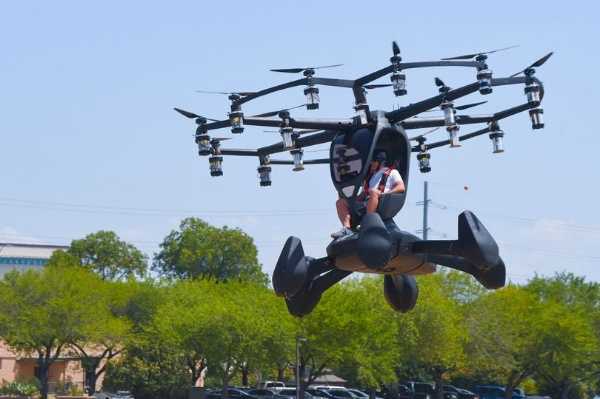 US Air Force unveils Hexa, a one-seat ‘Flying Car’ that could shuttle troops across war zones by 2023.

The electric vertical takeoff and landing flight (eVTOL) vehicle has central seating pod and controlled by a joystick. 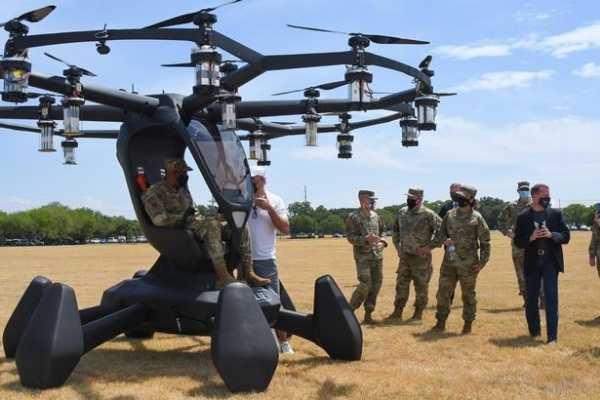 The US Air Force has unveiled a futuristic flying car called Hexa that soon shuttle troops across war zones by 2023.

Leadership from the U.S. Air Force were at the Camp Mabry, Texas, to observe Hexa fly for four minutes in a demonstration that included hovers, turns and forward flight within 40 feet of the ground.

Hexa is a lightweight 432-pound Electric Vertical TakeOff and Landing flight Vehicle (eVTOL). It is the first fruit from the collaboration between the US Air Force and Texas-based LIFT Aircraft.

The eVTOL has six landing feet, 18 propellors, as well as an electric vertical takeoff and landing system.

The occupant, who is not required to have a pilot’s license, seats on a central seating pod. It is controlled by a joystick and powered with a ‘triply redundant autopilot computer’. 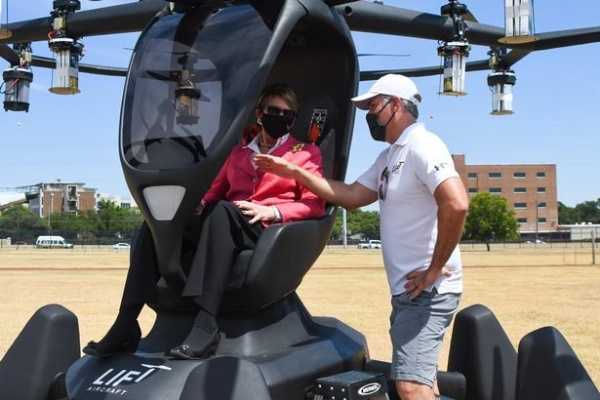 “This flight today marks the first of many demonstrations and near term flight tests designed to reduce the technical risk and prepare for Agility Prime fielding in 2023.”

Barbara Barrett, Secretary of the Air Force, added that :

“The thought of an electric vertical take-off and landing vehicle — a flying car — might seem straight out of a Hollywood movie, but by partnering today with stakeholders across industries and agencies, we can set up the United States for this aerospace phenomenon.”

The test flight was part of Agility Prime, a partnership between private aerospace firms and the Air Force meant to add flying cars to the military’s fleet. The program is also design to speed up flying cars introduction in the consumer market.

Hexa is approved to fly to heights of 700 feet, or 1,200 feet in some locations. But the eVOTL is not allowed to fly over populated areas.

Scaldarsi Motors $1.5m ‘Emperor I’ Is A Mercedes-Maybach S600 On Steroids