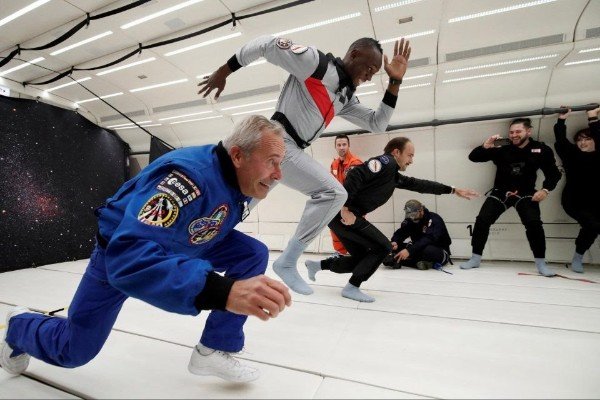 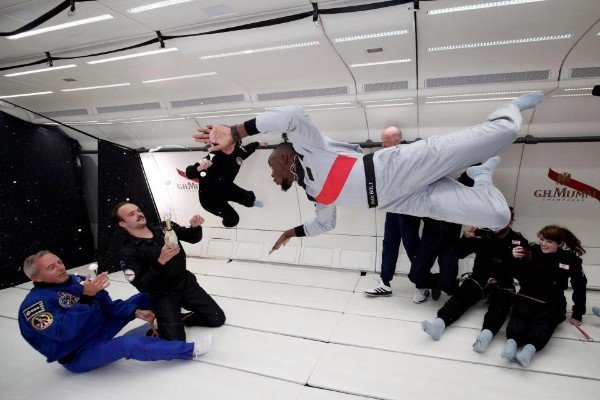 French bubbly maker Maison Mumm has developed a special champagne bottle and serving glass that can be used in space.

And in order to test the world’s first zero-gravity champagne, the company invited Usain Bolt on board a modified Airbus Zero-G plane,an aircraft that recreates weightlessness found in space.The The Airbus Zero-G plane is used for scientific research. 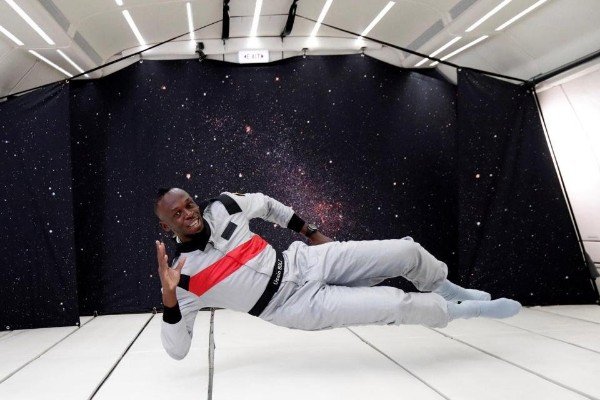 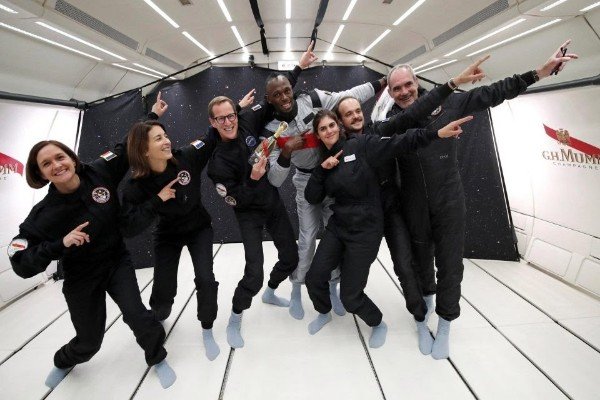 The 32 year old sprint star and footballer is the fastest man on earth .And by the look of things, he is also the fastest in this “more challenging” space environment.