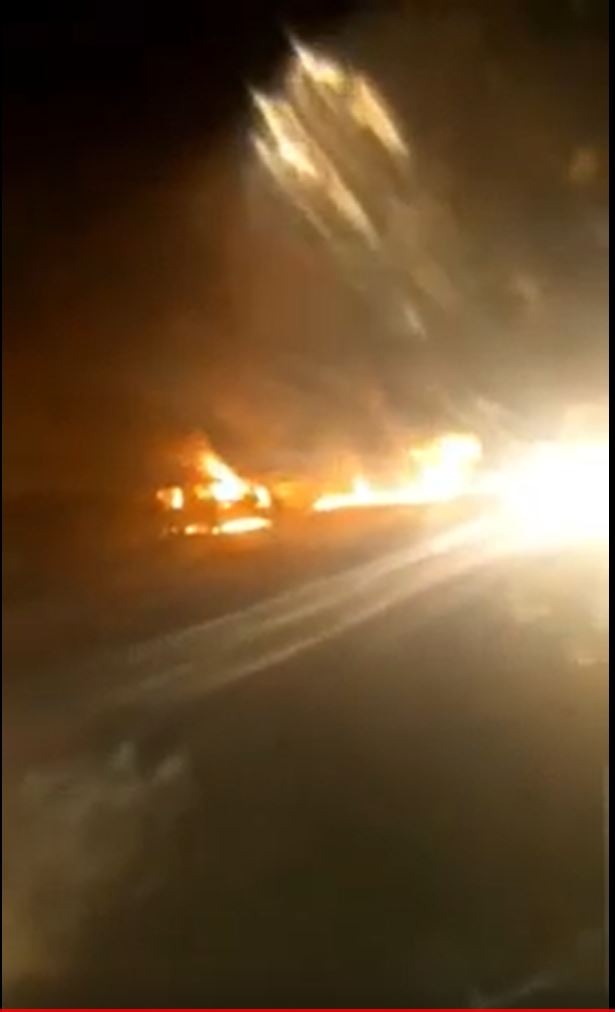 Another mishap has occurred on the Third Mainland Bridge in Lagos. Vehicles Collide

Two vehicles went up in flames at the middle of the Bridge on Friday evening. There are reports that it happened after the collision of the vehicle.

The affected vehicles were seen burning in a position on the road that did not to hinder the flow of traffic on the bridge.

There was no sign of the Lagos State Emergency Management Agency Rescue Unit at the scene of the incidence.

This is coming weeks before the planned partial closure of the Third Mainland Bridge for maintenance work.

Watch the video of the scene of the burning vehicles in a video circulated online.

The project is expected to last for six months. It has been scheduled to commence on July 24th and ends January 24th, 2021.

This was confirmed by the Federal Controller of Works in Lagos, Olukayode Popoola.

The Federal and Lagos State Governments have released traffic management plans for residents of the state. In the plan include alternative routes to ensure seamless execution of the project.

According to him, consultations are ongoing for another phase of repair works to begin on the 11.8km bridge.

The bridge which has gone through a series of rehabilitation works was last closed for repairs in August 2018 for 3 days of investigative maintenance check. Vehicles Collide

The Third-Mainland Bridge is one of the longest in the continent.