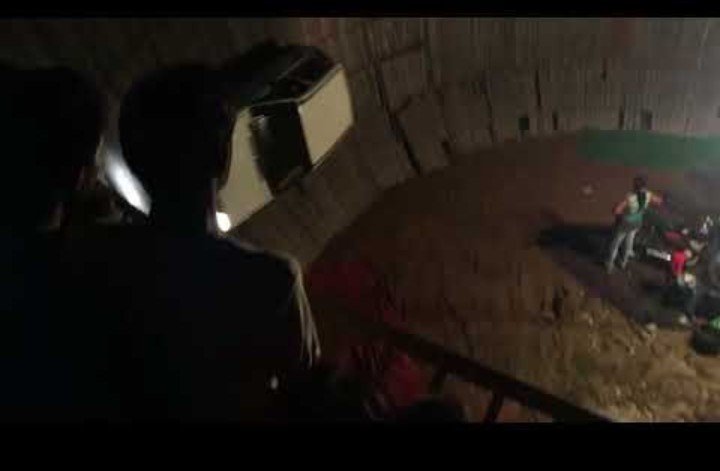 The wall of death is a carnival attraction where motorcyclists and small cars perform stunts while traveling along the inside of a wooden barrel. The vehicles are held in place by friction, centrifugal force and some guts.

This video shows a maruti suzuki pull itself up onto the barrel, climbing up the wall as it is picking up speed. At least two motorcyclists can be seen rocketing around the barrel even without an helmets .

It’s both fascinating and frightening seeing one of motorcyclist dips below the suzuki, and the rider puts his hand on the roof of the car. The door of the maruti suzuki was also opened during the stunts .

It’s thrilling to see the cars defying the perception of physics. And it takes a lot of talent to perform the stunts. This particular event was filmed at a fair in Himachal Pradesh, India.

Why is it that stunts like this are not encouraged in Nigeria?

Related Topics:MarutimotorcyclesSuzukiWall Of Death
Up Next

See Some Nigerian States And Their Unique Official Taxi Colours