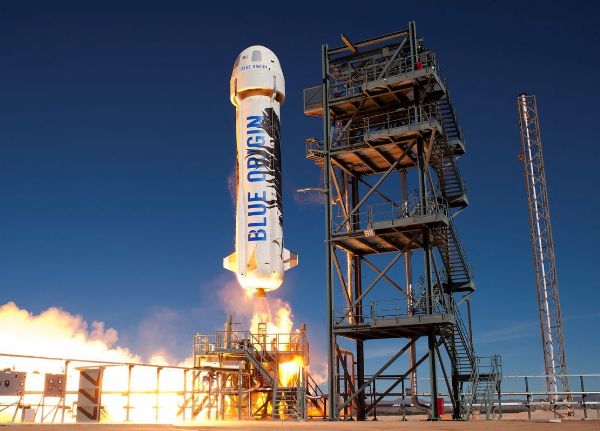 He was joined by his brother and two other crew members during the 10-minute, 10-second trip to space.

All four passengers aboard the New Shepard rocket ship have now parachuted safely back to Earth. 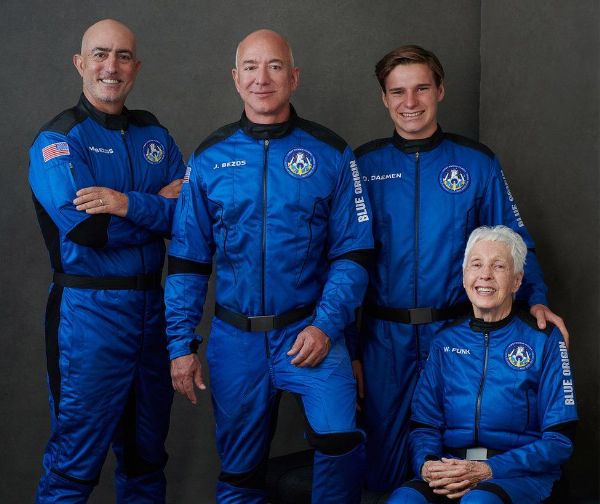 Billionaire Jeff Bezos on Tuesday blasted into space in a first crewed flight aboard his companies rocket ship, New Shepard. The spacecraft lifted off at 14:12 BST from a private launch site near Van Horn, Texas, and has since returned back to the Earth.

Bezos was accompanied by his brother, Mark Bezos, an 82-year-old pioneer of the space race, Wally Funk, and an 18-year-old high school graduate, Oliver Daemen. Funk and Daemen are now the oldest and youngest person to travel to space.

All four passengers aboard the New Shepard rocket ship have now parachuted safely back to Earth after their 10-minute, 10-second trip to space.

After the capsule touched down, Bezos said: “Astronaut Bezos [his callsign]: Best day ever!”

Two minutes into the flight, the capsule separated from its rocket and continued upwards towards a boundary in space known as the Karman Line (about 100km up). 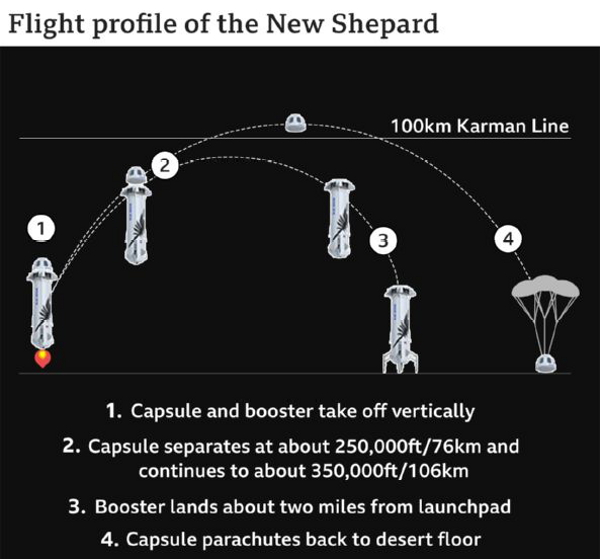 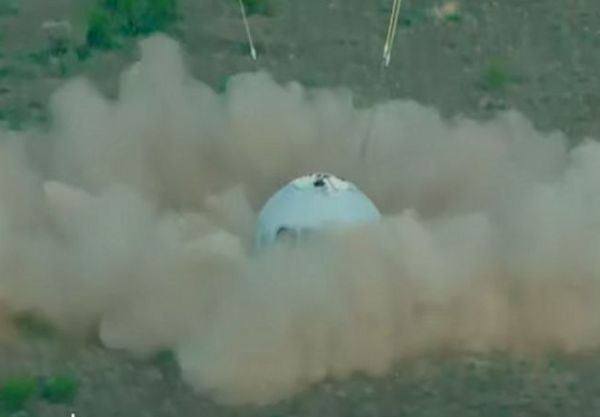 Moment Bezos and other passengers touched down to a soft landing in the desert.

At the boundary, the Bezos’ and the other crew experienced about four minutes of weightlessness. They were able to unstrap from their seats to float around and enjoy the views of our planet far below.

During the trip, the capsule reached a maximum altitude of around 107km (351,210ft) before starting its descent. It parachuted down to a soft landing in the desert. 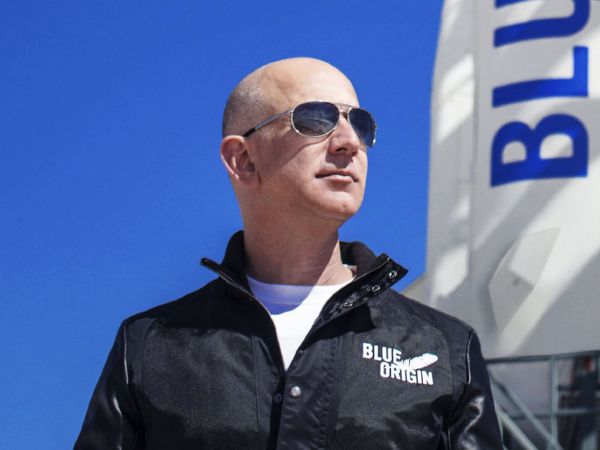 This unnamed winner, who paid $28 million at an auction to join Bezos on New Shepard’s first crewed flight, pulled out of the historic trip “due to scheduling conflicts”.

This trip comes days after billionaire Richard Branson and three other crew members were rocketed to the edge of space aboard the six passenger space plane.

Bezos and Richard Branson are the first billionaires to ride rockets that they’ve funded themselves to touch the edge of space.

American Father, Son Sentenced For Smuggling Ex-Nissan Boss Out Of Japan In A Box On A Private Jet