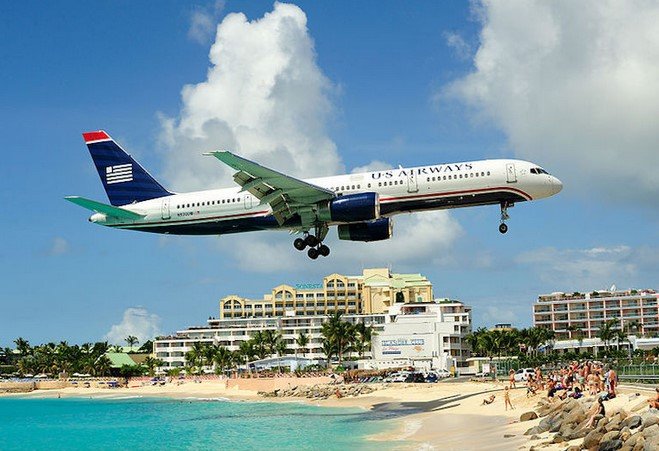 Air travel remains one of the safest and fastest means of transportation in the world especially when it comes to long journey. Even though it’s safe and fast, there are very slim chances of survival if a crash should occur. According to experts, plane crashes always occur either during takeoff or landing.

There are airports where the runways are not smooth, straight and big enough for aircrafts to easily land and hence are considered to be dangerous. These types of airports require highly skillful pilots to land aircrafts.

Today, Autojosh brings to you the 10 most dangerous airports in the world

Tenzing–Hillary Airport, also known as Lukla Airport, is a small airport in the town of Lukla, in Khumbu, Solukhumbu District.The airport serves as the main airport for those visiting Mountain Everest. This airport has been rated as the most dangerous airport in the world for over 20 years.

How the airport is nestled in between mountains and the very short length of the runway is among what makes this airport a very dangerous airport; hence very difficult to land. There are also no air traffic controllers on site, so pilots are on their own to land their aircrafts, sometimes large aircraft.

According to records, there have been multitudes of crashes at the Lukla Airport which have claimed several lives. If you are the adventurous type and have ever fantasized of heading to Mountain Everest, be prepared to land in this airport.

Courchevel Altiport is an altiport serving Courchevel, a ski resort in the French Alps. The airfield has a very short runway of only 537 metres with a downward gradient of 18.5% which makes taking off very difficult. There is no go-around procedure for landings at Courchevel, due to the surrounding mountainous terrain.

Landing in this airport is a huge task for pilots because it’s sited in a mountainous area.

In order for planes to prepare for the descent, they must make a quick 45-degree bank turn to reach the runway in a valley. After this bank, planes must rapidly drop in altitude, being careful not to scrape the terrain directly underneath.

Princess Juliana International Airport is the main airport on the Caribbean island of Saint Martin/Sint Maarten. The airport is located on the Dutch side of the island, in the country of Sint Maarten. In 2015, the airport handled 1,829,543 passengers and around 60,000 aircraft movements.

The airport is notable for the beach situated just before the runway. The runway is just 2179 meters in length and it is considered dangerous to some big aircraft that requires more than 2500 meters to ensure safe landing.

The airport was initially built for smaller aircraft but as soon as tourism took over, larger aircrafts became part of the regular aircrafts.

Paro Airport is the sole international airport of the four airports in the Kingdom of Bhutan. It is 6 km from Paro in a deep valley on the bank of the river Paro Chhu.

This airport has always been ranking one of the most dangerous airports in the world. Do you know it’s only 8 pilots are qualified to land in this airstrip. The runway is only 1981 meters in length.

When an aircraft is about to land, the runway has to be closed with the aid of spotlights on the road telling cars to stop and allow an aircraft land.

Antarctica lacks airport infrastructures maybe because not many people travel to that part of the world. To land an aircraft in this region, perfect landing is highly needed or else the aircraft will run askew due to the slick ice.

Madeira Airport is one of the few in the world where engineers build a runway platform in order to expand. The landing strip sits between steep cliffs and the shores of the ocean.

Pilots simply don’t have enough space to land. When an expansion project was planned, designers saw that the only option was to build a series of platforms on an artificial island extending from the current runway.

Over 180 columns hold the runway up which have to withstand serious shock loading during landings.

This airport is situated in a US Marine Corps Air Station in Okinawa, Japan. The Navy and the Marine Corps rank it as the most dangerous airport in the world where F/A-18 Hornets and V-22 Osprey continuously land.

The area is strategically important to the US military, which is part of the reason it maintains operation. Part of the reason this airport is so dangerous is because high-density housing sits in an area that should be cleared for emergency situations.

This makes it one of the worst airports in Asia and a problem for most airlines.

The airports in cold Greenland are constantly covered in ice. At only 1,800 meters and canvassed in slick ice, this runway is one of the most difficult in the world for any pilot. The weather is constantly stormy creating intense turbulence and low visibility on approach making it the worst airport in the world for both flight staff as well as passengers.

Shear winds affect planes which, coupled with the icy runway. The nearby active volcano also commonly erupts sending ash into the clouds which can stall and destroy engines.

Dubai Armed Robbery: Could This Be A Fallout Of The Robbery? (See PHOTOS)