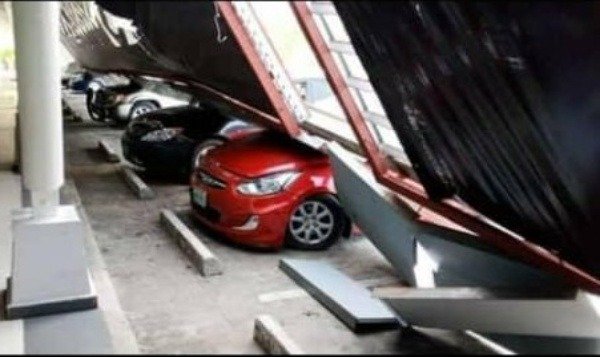 Twelve customer’s vehicles was badly damaged after a part of Spar Mall in Calabar collapsed on Thursday.

The Manager of the Shopping Mall has promised to pick the bills for the overall repairs of the affected 12 vehicles. 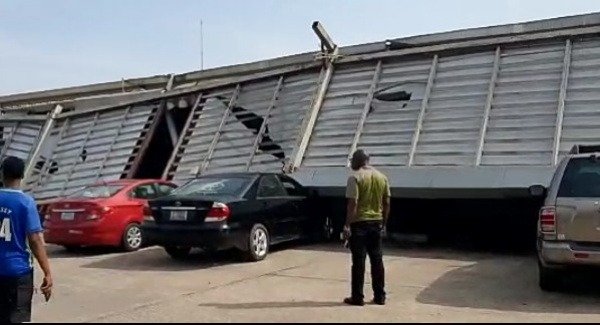 The incident, which happened at 3pm on Thursday, sent thousands of customers scampering for safety.

Some of the damaged customer’s vehicles trapped under the collapsed signboard at Spar mall in calabar.

According to the mall manager, Mrs Kemi Daniel, the cause of the collapse is currently being investigated. 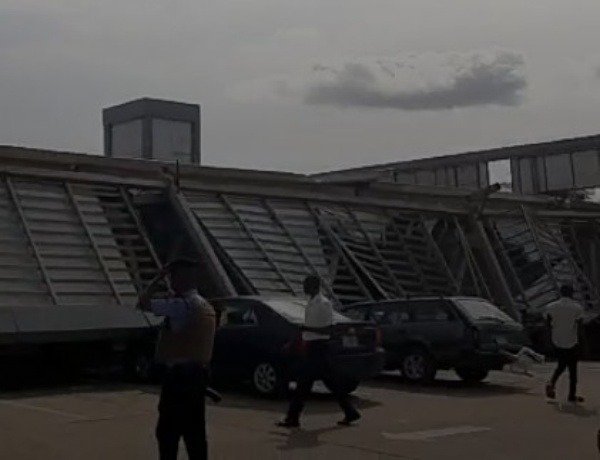 Mrs Daniel also promised to repair the 12 vehicles that was damaged during the incident.

“We are grateful to God that nobody, none of our esteemed customers was killed or injured.  We are picking the bills for the overall repairs of the affected 12 vehicles. 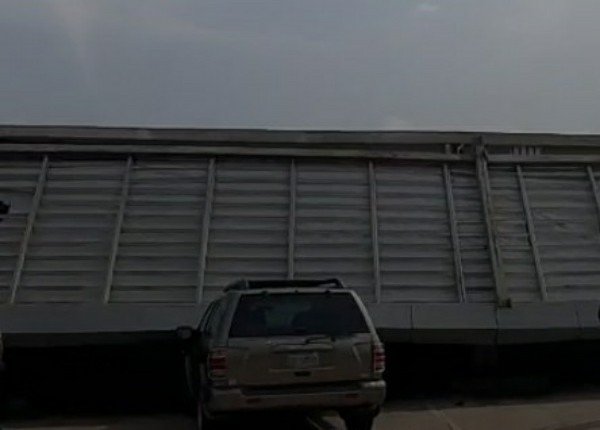 “We have also assured the owners of the vehicles that we shall provide mobility for them throughout the period their vehicle would be under repair.

“We shall look at issue of compensations to the affected persons, but they should give us time,”

One of the affected customers said he might sue the owners of the Shopping Mall for lack of safety measures.

Tupac Vs Notorious B.I.G: The Cars They Were Killed In (PHOTOS)

Akure Explosion : I Never Knew The Police Consignments In My Truck Were Explosives – Driver