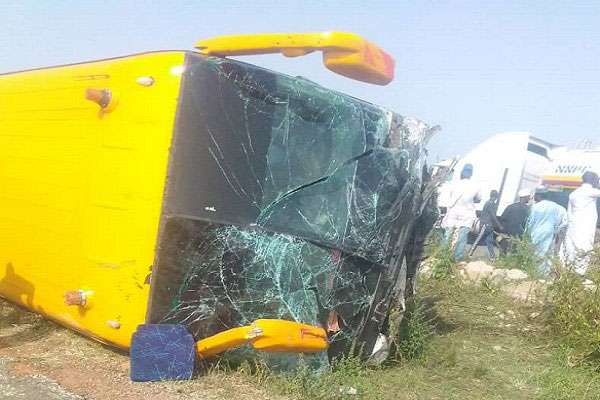 Not less than 13 persons have reportedly died in a car accident along Kaduna-Kano expressway.

Reports had it that the crash occurred around a village called Jar-marmara in Ikara local government area of Kaduna.

An eye witness, who identified himself as Mallam Sani Haruna, shared the experience “The luxurious bus lost control and collided with four cars. The collision condemned four cars.” He described

It was gathered that the luxurious bus left Lagos heading to Kano on Monday evening before the crash a few kilometers from its destination.

Reports learned that many passengers on the luxurious bus sustained various degrees of injuries. In the meantime, they have started receiving medical attention.

Would You Rent A Bugatti Chiron… For The Price Of A Brand New Veyron?