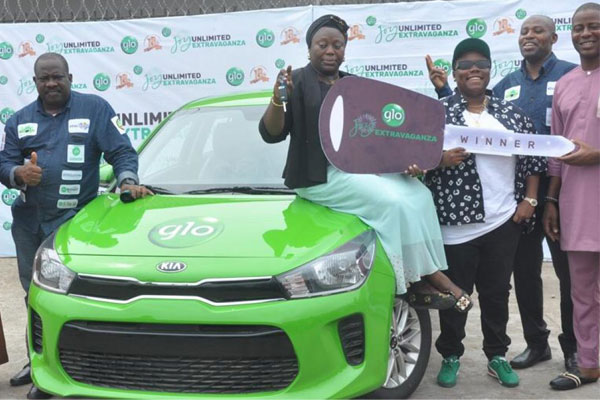 The car key was given to the winner in Lagos, and other prizes were also given to winners recently in Lagos.

The car winner, who was accompanied by friends and family to the prize-giving ceremony in Cele-Okota, Lagos, described the prize as “a one-of-a-kind way to begin the year 2022.” 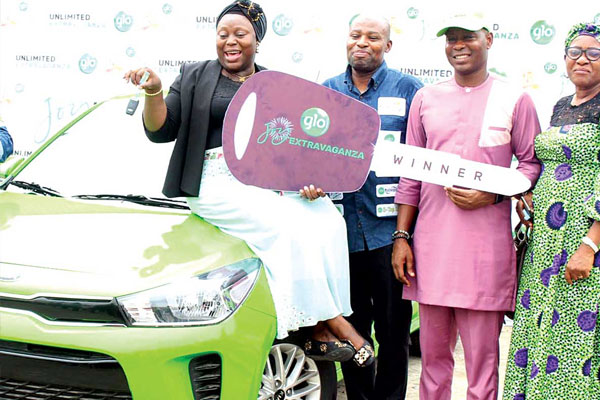 “I haven’t been myself for the past five days,” she says. It’s not that I don’t have a car, but I wouldn’t have believed it if someone told me in December that I’d have a brand new car in January. When I first got a call from Glo, I was skeptical, but after the second call came in and they all sounded very professional, plus the fact that I went to Gloworld near Cele Bus Stop to do the verification and saw the car parked there, I was convinced.

At the event, 66 other Glo subscribers went home with different prizes including 23 television sets, 20 refrigerators and 23 generators. The winners who received their prizes with gratitude to Globacom for introducing the promo, collectively agreed that the promo, “has brought joy to us at the beginning of the New Year, thus giving us hope for a better year ahead.”

Actor Femi Adebayo Buys Employee A Car, He Explains Why