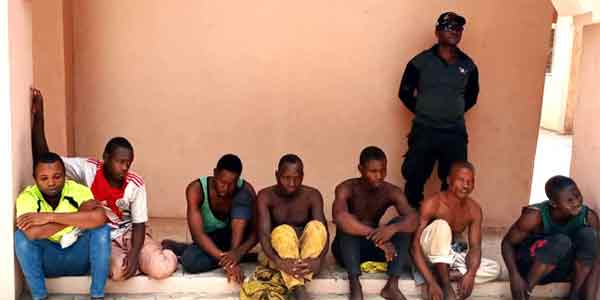 Police in Zamfara State have arrested 15 youths in connection with the violent protest in the Kaura Namoda Local Government Area of the state.

Those arrested were paraded on Tuesday by the Commissioner of Police in Zamfara, Hussain Rabiu, at the Police Headquarters in Gusau, the state capital.

He warned residents that the command under his watch would not tolerate any attempt by conflict entrepreneurs to sabotage the efforts of the security agencies to restore peace and stability in Zamfara.

Rabiu also called on parents and guardians to take proper control of their children and advised them against attempts to be recruited by the said conflict entrepreneurs to commit acts of criminality. 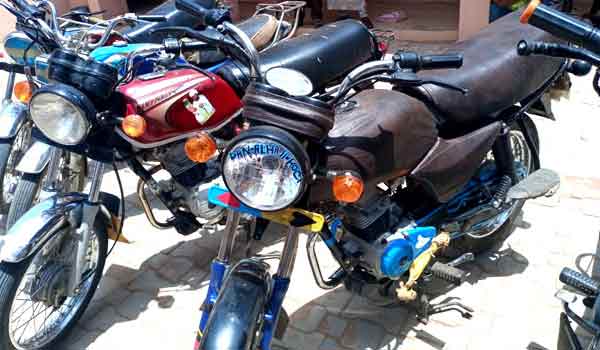 He alleged that the violent protest held on Monday was organised by unpatriotic citizens from Kurya Madaro and Maguru District in Kaura Namoda Local Government Area of the state.

According to the police commissioners, such persons have the intention to undermine the relentless efforts of the security agencies and the state government to fight recalcitrant bandits and other criminals in Zamfara.

Some of the items recovered from the suspects included six motorcycles, four locally fabricated guns, motorcycle plugs used as bullets, a machete, and assorted charms.

The angry protesters had blocked the Kaura Namoda – Gusau Road to protest the incessant killings and attacks on their communities by bandits.

However, the protests turned violent as the demonstrators armed with dangerous weapons went on a rampage, destroying public vehicles travelling along the road.

This led to a gridlock on the highway until the arrival of security operatives who dispersed the protesters and restored free vehicular movement on the road.

Normalcy has since been restored in the affected towns and no casualty was recorded on the part of the police and the protesters.