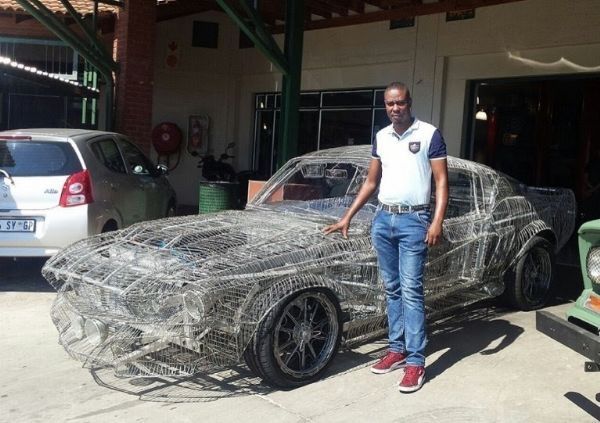 Conty spent seven months and $14,137 to create his dream ride. 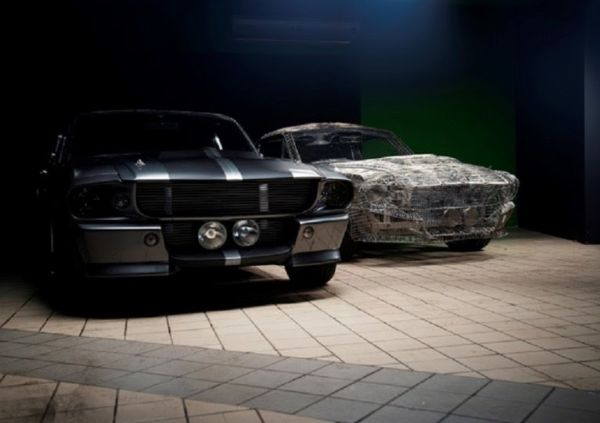 The 400kg wire car isn’t all about its physical looks as it features other car parts that are also made out of wires and other materials.

These includes real rubber tyres,a V8 engine made of wire; pistons; gearbox; brakes; clutch; working hinges on the doors; seats; and a steering wheel that can turn. 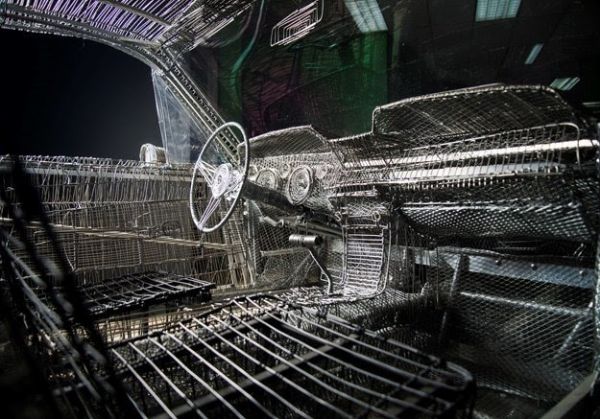 When his replica Ford Mustang was featured by Ford South Africa in its #MyFordStory series, Conty explained that his love for Ford cars led to the creation.

“I remember my father talking about cars almost every day. He would show me pictures, and tell me about the engineering, and explain how cars were hand-built. This inspired me,”

“When I started making these wire cars, I thought that I’m just trying to sell them to make money so that I can find myself working in a car company, or being a car designer. But it continued until it started being a business,”

Accident In Abuja As Tanker Kills One, Crushes 3 Cars And A Motorbike Was Involved