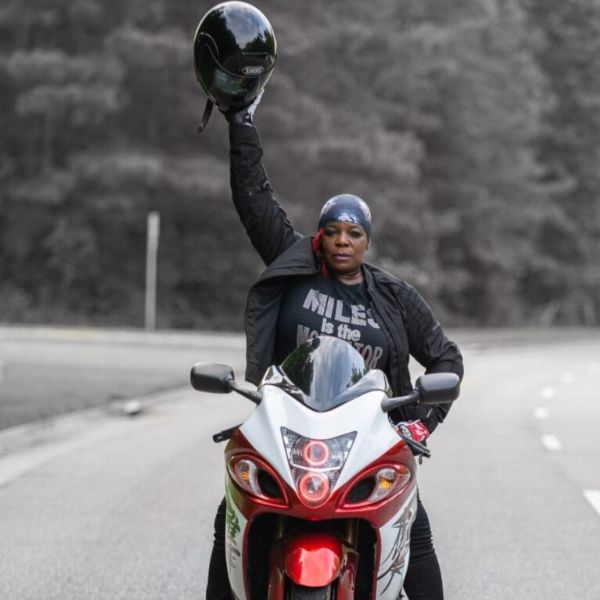 Bussey started riding in 2007 after taking a class at the Harley Davidson Portsmouth location.

She purchased a fleet of 17 motorcycles to instruct classes of her own.

Navy instructor Shekelia Bussey has become the first black woman to operate a motorcycle academy in Virginia after opening her Moto Mob Riding Academy at the weekend in Franklin.

In an interview with newsmen, Shekelia, an avid motorcycle rider, said :

“What that means to my community is when we see someone else who looks like us, doing something that we feel that has been unattainable to us.

It makes it possible,” Bussey said. “It makes a difference in our community. That’s why Black-owned matters to me. I’m proud of that distinction.”

Bussey started riding in 2007 after taking a class at the Harley Davidson Portsmouth location. Since then, she has gone across the country two times. 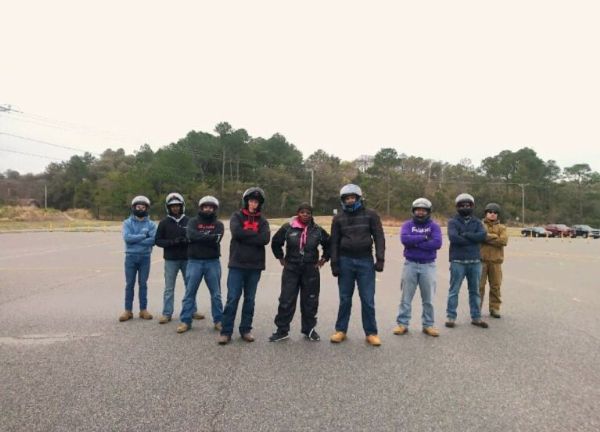 In 2017, Bussey quit her job as a government contractor to become a motorcycle instructor for the United States Navy.

“Very few people get to get up every day and do what they love to do, but I’m one of them.”

During that time, she purchased a fleet of 17 motorcycles to instruct classes of her own.

“This has been a labor of love for me.”