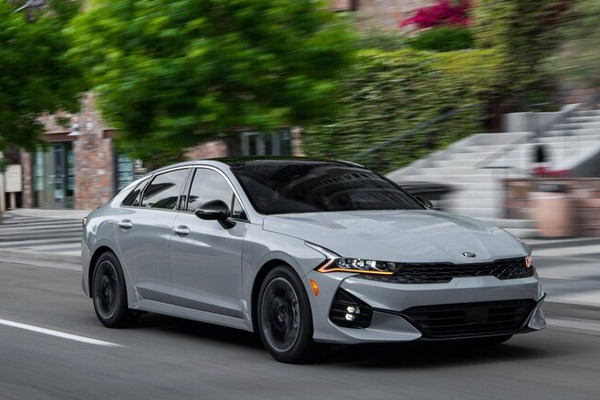 It is not just the change in the name from Kia Optima to K5, it is a thorough overhaul of the Optima.

The 2021 Kia K5 is the brand’s newest offering in the midsized sedan segment. The K5 replaces the now-dead Kia Optima.

Everything about the K5 is new, from the wheel nuts up, and its mission is to poach buyers of the Honda Accord and Toyota Camry with its sleek looks and new features. That is no small task since Kia sold 1.3 million Optimas since 2011.

The new K5 runs on the all-new N3 platform, and Kia says it’s longer, lower, wider, and stronger than the platform that underpins the car it replaces. 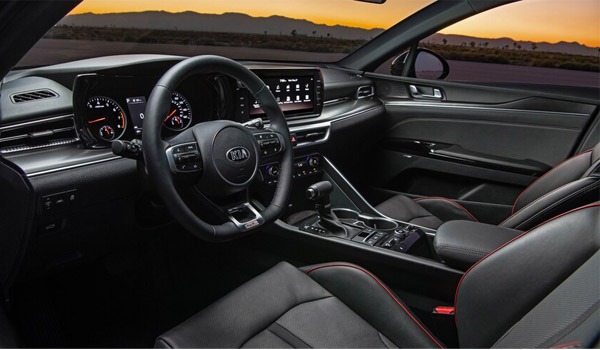 More importantly for consumers, to whom first impressions matter a lot, the K5 takes the Optima’s design and radicalizes it with a sleek fastback profile.

The “tiger-nose grille” we have become accustomed to is now longer and leaner, just like the rest of the car.

The headlights stretch from the grille outward towards the corners of the front bumper, and the turn signals zig-zag into the front fenders. The roofline slopes aggressively into the rear of the car, which now features a full-width taillight.

There will be two engine choices at launch. The smaller of the two is a 1.8-litre, turbocharged four-cylinder that makes 180 horsepower and 195 pound-feet of torque. 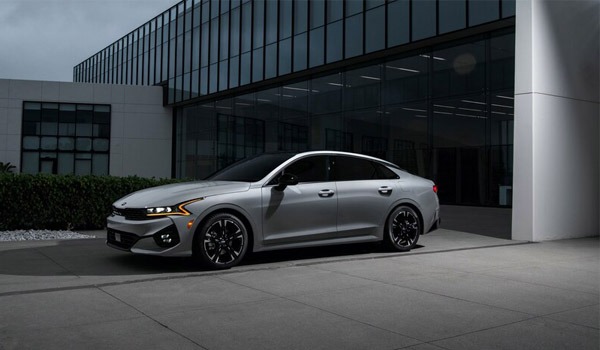 The optional engine is a 2.5-litre turbocharged four-banger that makes a very respectable 290 hp and 311 lb-ft of twist. The 1.8-litre cars get a standard 8-speed auto, but 2.5-litre cars get an all-new “wet-clutch” 8-speed DCT. Kia says that, when specified with the 2.5-litre engine, the K5 will spring to 60 mph in 5.8 seconds.

The interior redesign is less revolutionary, and many of its elements will be familiar to Optima owners of yore. The gauge cluster and steering wheel have both been modernized.

The centre stack gets a redo, too. Base cars will get an 8-inch infotainment touchscreen, and a 10.25-inch unit is available with real-time traffic data.

For the first time, Apple CarPlay and Android Auto will be wireless on a Kia—but not on the upgraded 10.25-inch display, puzzlingly. 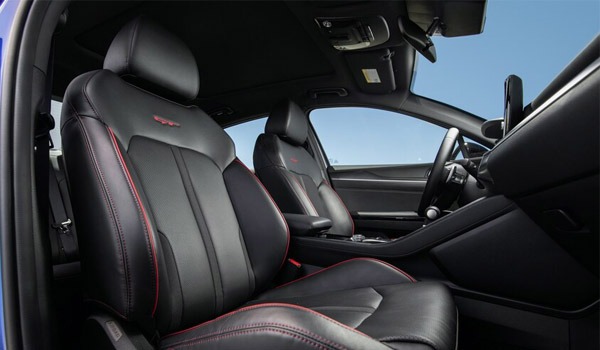 A panoramic sunroof and acoustic glass are both standard equipment on the new K5. A premium Bose sound system with 12 speakers is available, as is wireless charging for your smartphone and natural voice recognition tech for things like turning on the HVAC.

As you might have come to expect from any new car, there are a host of advanced safety features built into the new K5. Forward collision warning, forward collision-avoidance assist, and lane follows to assist with lane centring are all standard on the K5. 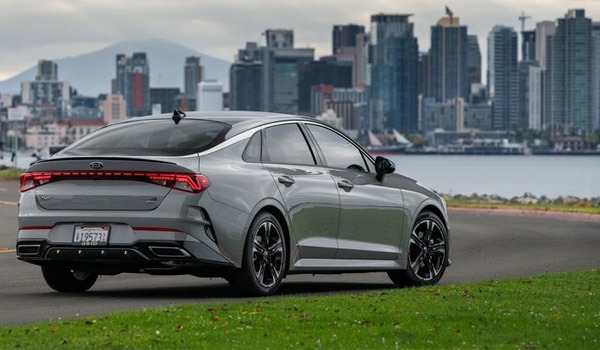 There are a whole host of optional safety features too, like blind-spot monitoring, rear-cross traffic alert. There is also parking collision avoidance and navigation-based smart cruise control.

The K5 will go on sale later this year. It will be built alongside the SUV of the Year winning Telluride.

Ooni Of Ife Hires Chartered Flight For Stranded Nigerians In US, Canada