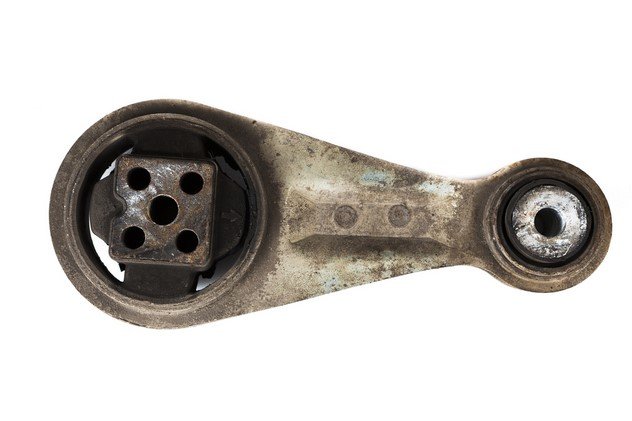 The function of the engine mount is to properly secure the car engine to the chassis. There are different kinds of engine mounts; they come various sizes and shapes.

The type of engine mount to be used in your car varies. They all perform the same function – securing the engine to the chassis.

The engine mount comprise of metal and rubber. The metal serves to absorb the entire force generated by your car engine; the rubber is used to dampen and absorb the vibrations coming from the engine.

When there is problem with your car engine mount, there would be problems. The vibrations and forces coming from the engine will be directly dealing with your car. When this happens, it would be very noticeable as you use your car.

You may like to read this: 5 Main Causes Of Engine Vibration

Below are the symptoms to detect a bad or failing engine mount.

As said earlier, when the rubber that is meant to absorb or dampen the engine goes bad, the engine will vibrate excessively.
This vibration will distribute significantly throughout the body of the car. All these will make it very uncomfortable for the driver and passengers.

2. There would be engine movement:

With a good working engine mount, the engine should be secured to the chassis of your car. When the mount goes bad, the engine will tend to move back and forth.
This movement will be well pronounced during acceleration.

You may like to read this:: 4 Cylinder Or 6 Cylinder Engines. Which One Should I Go For?

3. Noise from the engine bay:

Expect to hear various noises coming from the engine bay when the engine mount goes bad.
The noises you hear are as a result of the engine shifting and weights to the point of contact.