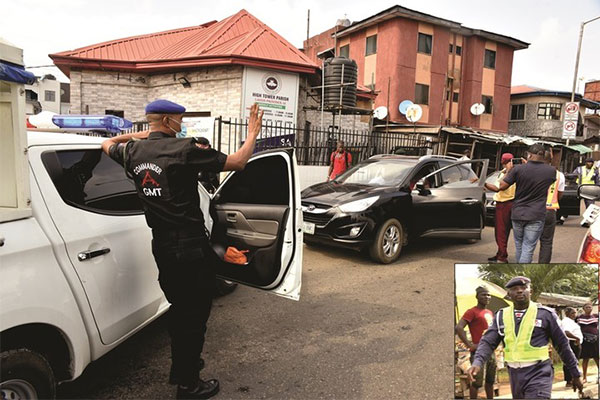 In a bid to sanitize Lagos State of unnecessary traffic congestion, the recently constituted Anti-One way and Other Traffic Offences squad has arrested four uniformed personnel among offenders.

The uniformed offenders, including three police officers and a naval rating,  where part of the offenders whose vehicles were impounded.

The traffic offenders met their waterloo during the Squad’s operations along Apapa-Oshodi Expressway and Mile 2 area of the State.

Also, the squad arrested more than 42 vehicles, including two articulated trucks and commercial tricycles, driving against the traffic were arrested.

The enforcement was led by the Commander of policemen in Governor’s Monitoring Team (GMT), Shola Jejeloye, in collaboration with Men of the Lagos State Traffic Management Authority (LASTMA) 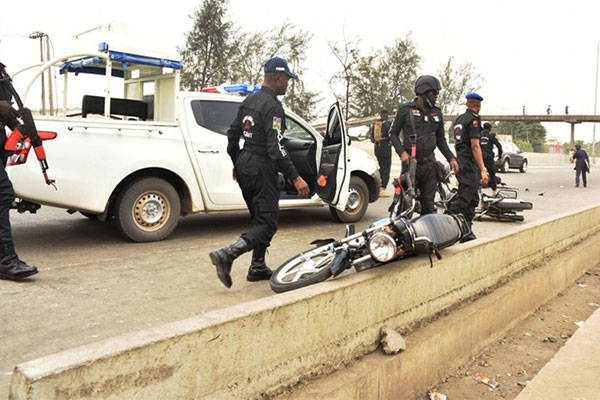 Recall that the Commissioner of Police, Mr. Hakeem Odumosu, at the instance of Governor Babajide Sanwo-Olu, created the squad. The specific mandate is to arrest and impound vehicles plying one-way, BRT lanes and also commercial motorcycles operating in restricted areas.

The mission assumed a dangerous turn when a commercial bus driver driving against traffic on Cele Bridge made an attempt to ram into the operational vehicles of the Anti-One way squad in a bid to avoid arrest.

Rather than stop, the driver of the bus, dangerously meandered through the gaps in the convoy. Meanwhile, he made an attempt to hit officers on sight. The bus hence revved to a stop when the reckless driver hit a stationary water truck. The driver fled immediately, leaving the bus passengers to their fate.

Speaking during the operation, the GMT Commander, Jejeloye, vowed that the squad would not relent in its bid to achieve its mandates and return sanity on the roads.

Jejeloye described one-way driving as a security issue. The commander then noted that menace usually endangered the lives of road users obeying traffic laws. He added that many commuters had lost their lives as a result of one-way driving. 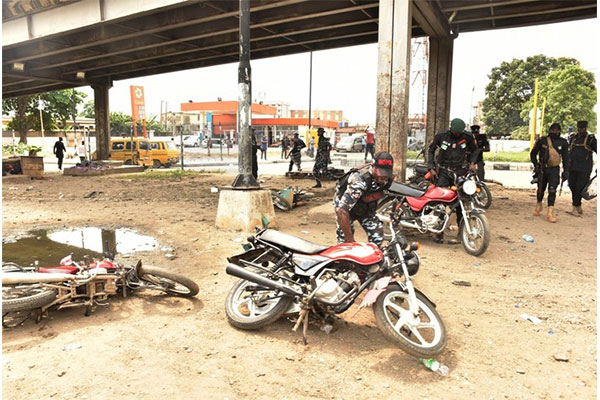 He said: “The squad is, again, sounding a note of warning to motorists who do not want to obey the Lagos State Traffic Laws. The squad will not rest on its oars until they ensure road users follow the regulations and bring about free flow of traffic.

“We also have the Governor’s mandate to ensure those causing obstruction on our highways are arrested, whether those trading on the road or vehicles. We have marked the notorious areas and we will burst them soon.

This operation will be regular and its sustenance will stand in the interest of law-abiding Lagosians.”

Jejeloye appealed to the National Union of Road Transport Workers (NURTW) & other transport unions to caution their members against driving on one-way and obstructing traffic flow.

The GMT boss said the Squad would not spare commercial bus drivers arrested for traffic offences. He then stressed that the squad would not hesitate to move vehicles and their drivers to court.

“I am also using this opportunity to reach out to transport unions, whether road or national. They must warn their drivers that are notorious for committing traffic offences. We don’t want to disturb their lawful work. However, they also must not be on the other side of the law.

During the enforcement, the Squad rounded up commercial motorcycles plying restricted areas within the metropolis.

Volvo To Produce Electric Motors At Its Powertrain Plant In Sweden