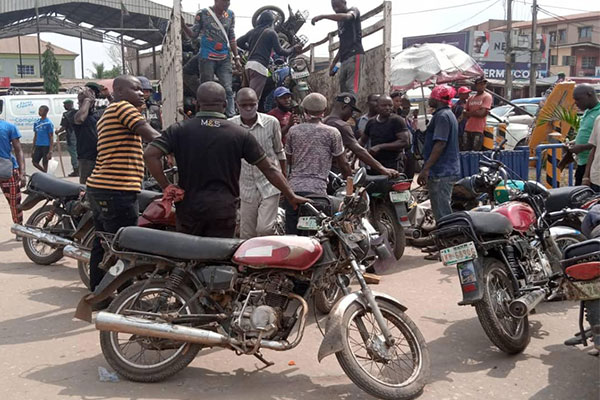 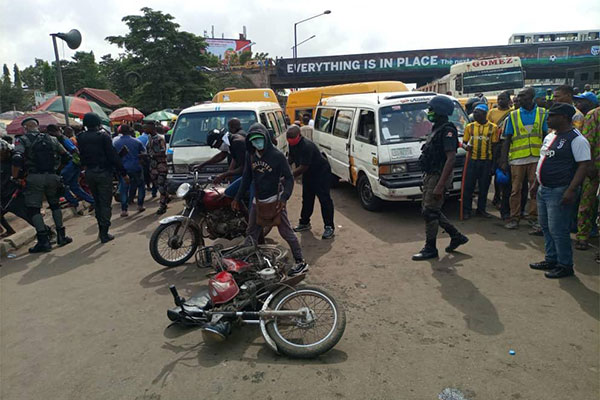 Lagos Taskforce have seized nothing less than 130 commercial motorcycles, popularly known as okada that were operating on highways and in other restricted areas in Lagos State. The Lagos State Environmental Sanitation Enforcement Agency (LAGESC) carried out the seizure operation.

The taskforce also arrested five motorists who ran afoul of the State’s traffic regulations, which includes driving against the traffic and obstruction.

The recently established Anti-Oneway and Other Traffic Offences Squad of the State Government also joined in the enforcement. 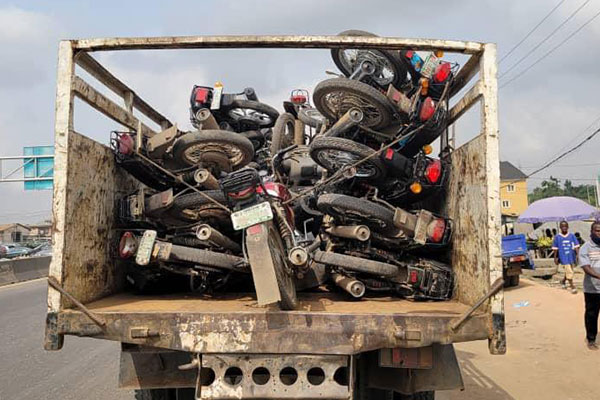 The new Taskforce chairman, Shola Jejeloye, a Superintendent of Police (SP), led the 80-man team in an early morning enforcement in Iyana Ipaja. He rounded up scores of okada riders illegally operating on routes. These are routes which the State Government had designated as restricted areas for commercial motorcycles.

The enforcement team moved to Abule Egba area, where one-way drivers and commercial motorcyclists had created nuisance on the highways. Offenders were calmly ordered to come down from the vehicles before they were confiscated by the Anti-One Way Squad. None of the motorcyclists and their passengers was injured in the operation, which last several hours.

Speaking during the enforcement, Jejeloye said the taskforce would sustain the operations all round the yuletide period to limit the incidents of robbers using motorcycles to carry out their nefarious activities and give Lagosians opportunity to move freely in the festive season.

He said the enforcement team was out to protect law-abiding citizens of the State against dangerous driving and preventable accidents caused by disobedience to Lagos traffic laws.

He said: “From today, we are redirecting our enforcement towards ensuring hitch-free Yuletide for all law-abiding residents of Lagos. This is a period when people are usually in a rush, especially impatient motorists who break the traffic regulations. This, they do with no regard for the lives of other road users. We also have Okada riders taking the advantage to ply restricted routes. We are fully ready to tackle these offenders. 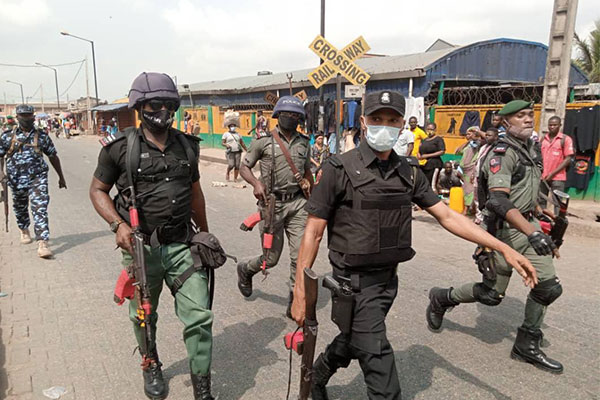 “This State-wide operation will be dawn to dusk from today (Monday) till the end of festive season. We are not out to destroy anybody’s means of livelihood, and Okada riders operating in approved areas need not to fear.

We will not relent on our resolve to restore orderliness back on our roads. Hence, this will reduce the incidents of criminals using motorcycles to rob people on the highways.”

Other areas where the Taskforce carried out the enforcement included Fagba Road, Isolo, Ojota, and Oba Akran Road.

Elon Musk, The CEO Of Tesla Might Become The Richest Man In The World By 2021