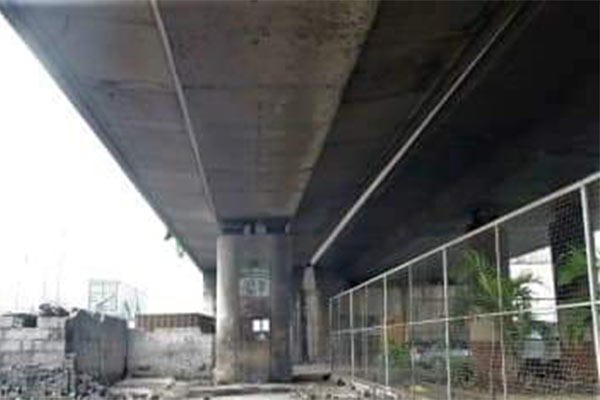 The exercise was in response to petitions received about the activities of street traders/miscreants around the CMS axis.

The Lagos Environmental Sanitation Corps (LAGESC) has effected the demolition and removal of illegal structures under the CMS bridge. This is part of concerted efforts aimed at ensuring the general cleanliness of Lagos environs in line with global best practices.

The Corps Marshal of the Agency, CP Gbemisola Akinpelu, (rtd), made this disclosure at the Command Headquarters, Bolade-Oshodi.

He noted that the exercise was in response to petitions received about the activities of street traders and miscreants around the CMS axis and under the Eko Bridge.

Akinpelu explained that Governor Babajide Sanwo-Olu had also given a directive that the refrigerators and cold rooms constructed with illegal connections under the bridge be dismantled to avoid a repeat of the Apongbon bridge incident, adding that other illegal structures were also dismantled and carted away by the Lagos Waste Management Authority (LAWMA).

She also directed that the cleared area be sustained by operatives of the Agency stationed around the CMS axis, warning that anyone caught returning to the location for illegal trade will be dealt with in accordance with the Lagos State Environmental Management and Protection Law 2017.

While calling for voluntary compliance with the State Environmental Laws, Akinpelu charged street traders and hawkers to desist from displaying their wares for trading under bridges, pedestrian bridges, walkways, setbacks, sidewalks, road verges, and medians, stressing that such untoward behavior negatively affects the environment and impedes the free flow of human and vehicular movement across the State.

The Corps Marshal also enjoined pedestrians to be safety-conscious by using pedestrian bridges, just as she advised owners of private and public property to have a valid waste collection contract for proper waste disposal to foster cleanliness in the State.