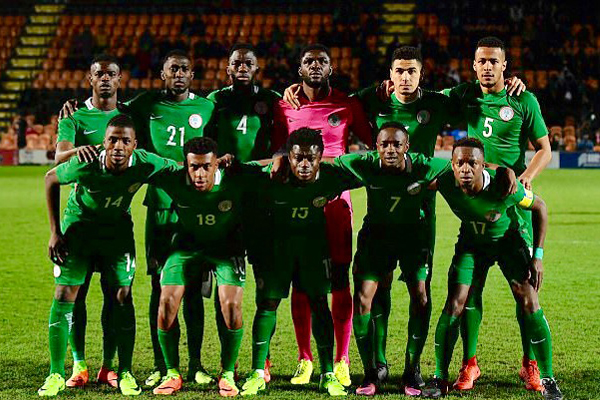 Due to the proximity of the West African countries, Gernot Rohr’s men will travel to Porto Novo on water. Travel To Benin

Nigeria will travel to Benin by boat for their penultimate 2022 Africa Cup of Nations qualifying game in Porto Novo, Goal can confirm.

The Super Eagles who are currently camped in Lagos, are scheduled to leave the Southwestern part of Nigeria a day before Saturday’s clash at the Charles de Gaulle Stadium. Travel To Benin

There is the assurance of adequate security for Gernot Rohr’s men and they will be expected to return to Lagos by Sunday for their final AFCON qualifying fixture against Lesotho at the Teslim Balogun Stadium.

Super Eagles stars say their desire to get a comfortable result against Benin Republic in their 2021 Africa Cup of Nations qualifier on Saturday at the Stade Charles de Gaulle, Porto Novo is one of the reasons why they’ve decided to travel by sea to the neighbouring West African country.

NFF president Amaju Pinnick had earlier stated that it would be easier for the team to travel by sea for the encounter rather than spend a lot of time in traffic if they were to ply the route by road. Travel To Benin

The distance from Lagos to Porto Novo on road is about 105km, while the standard driving time is 1hr 40 minutes, but with the traffic situation within Lagos State, the time it will take the team to reach their destination might be longer, hence the suggestion of an alternative means of transportation.

The decision from the country’s top football body has received mixed reactions from fans across the country.

Rangers duo, Leon Balogun and Joe Aribo, say the mode of transportation was not an issue, adding that a win was uppermost on their minds.

“Traveling by sea, it is what it is, we can’t use that as an excuse. We know what we have to do mentally and that is to win the match. I have never travelled by sea before,” Aribo said. Travel To Benin

“I guess we have to be okay with it, I will say its a bit unusual but that’s just how it is. If they change it, it’ll be good if they don’t, we’ll be fine but the most important thing is that we get there in one piece, and win the game,” Balogun added.

“It will be my first time travelling by sea but I don’t really mind. All that matters to me and my teammates is to wear the jersey, represent our country and win the game,” in-form Galatasaray forward Henry Onyekuru said. Travel To Benin

Defender William Troost-Ekong said, “As long as it is safe and we get there as quickly as possible, then It is fine.”