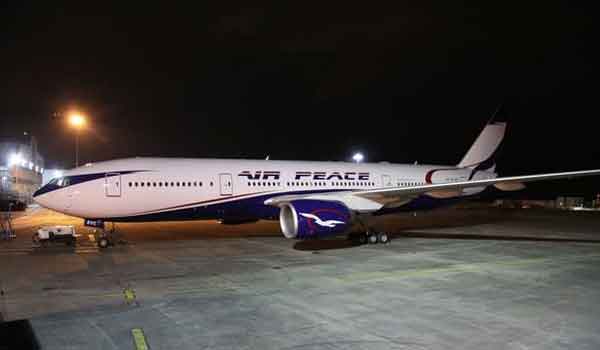 Air Peace has deployed one of its wide-body Boeing 777 aircraft to service the Enugu route.

The airline said this would ensure sufficient flights for its customers and other travelling Nigerians during the Easter holiday.

Air Peace spokesman Stanley Olisa announced this at a media briefing in Lagos.

He said the jumbo, extra-comfy aircraft had been specifically deployed to operate the Lagos-Enugu-Lagos and Abuja-Enugu-Abuja routes.

The spokesman added that customers would have international flight experience on domestic routes while flying the state-of-the-art B777 aircraft with enhanced comfort, style and luxury. Boeing-777

Recall this is the second time the airline is deploying the wide-bodied aircraft on domestic routes. The airline first did it when it was preparing to commence international flight operations.