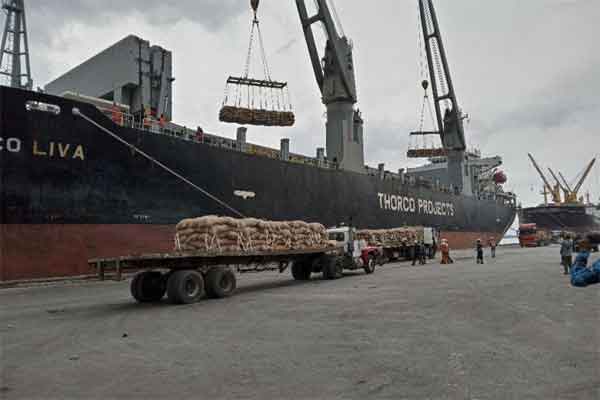 This happen when 7,000 metric tonnes of cocoa was shipped to the United States of America, USA.

This is the first time such cargo would be  shipped abroad since its concession over  14 years ago. The export was handled from the Ecomarine Terminals.

Speaking at the load-out ceremony in Calabar, Governor Ben Ayade, called on the Federal Government to implement the agreement reached with the concessionaires on dredging of the Calabar port.  The governor boasted that the state was rich in agricultural resources. He asserted that the dredging of the port’s channels would be strategic in terms of employment opportunities. Calabar Port

Ayade was represented by the Commissioner for Commerce, Mrs. Rosemary Archibong. He lauded  Starlink Global and Ideal Limited for  choosing to convey its cargo through the Calabar Port. Also, he noted that  it was a plus to the Ecomarine Terminal and Cross River State to have a vessel departing to the USA. Calabar Port

He stated: “Calabar Port is very strategic to the economic empowerment of Nigerians. This is especially in view of the employment opportunities here. All we are appealing for now, is for the Federal Government to expedite the dredging of the Calabar channel. This will really kick-start economic activities”.

Also speaking at the occasion was the Managing Director, NPA, Hadiza Bala Usman. She described the development as a sign of better things for the nation, urging other shippers to emulate Starlink. Calabar Port 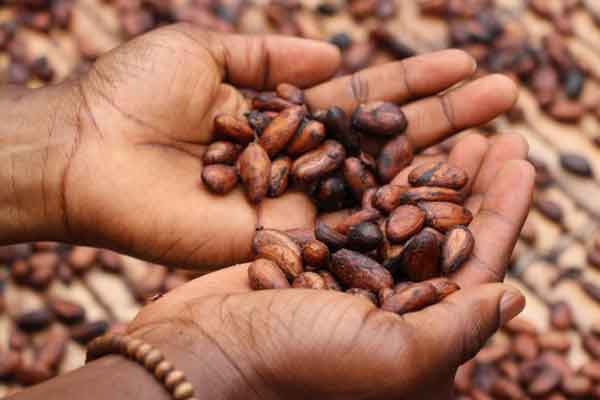 She  said  the authority was pursuing Federal Government’s economic recovery agenda. This they intend to achieve through consistent improvement on service delivery at the nation’s seaports, especially the eastern ports.

She stated that Calabar Port did not fall short of revenue generation. This is even during the COVID-19 pandemic. It is an indication she attributed to service improvement. Calabar Port

She said  “the Executive Management of NPA is pleased by this development. It shows that the strategic measures put in place to make all the nation’s seaports viable and vibrant are beginning to produce positive outcome”.

Also in his remark, Managing Director of Starlink Global and Ideal Limited,  Adeyemi Adeniji, disclosed  that the cocoa beans were sourced from Ikom Local Government Area of Cross River State which he said  constituted a factor in utilizing the Calabar Port.

Describing the shipping of non-oil products from the the port  to the United States of America as an epoch making event,   he explained however, that “in our search for a solution to different dimensional problems facing export in Nigeria, we opened a direct export from the state to the United States of America using a chartered vessel. Calabar Port

“As a proud Nigerian company, our reserve is to elevate Nigeria’s name internationally. This will be done by doing all we can to prove that we are resilient, resourceful , innovative and forward looking”.

He however disclosed that the cost of shipping directly from the Calabar seaport to the U.S. was higher. That is when compared to the Lagos port.