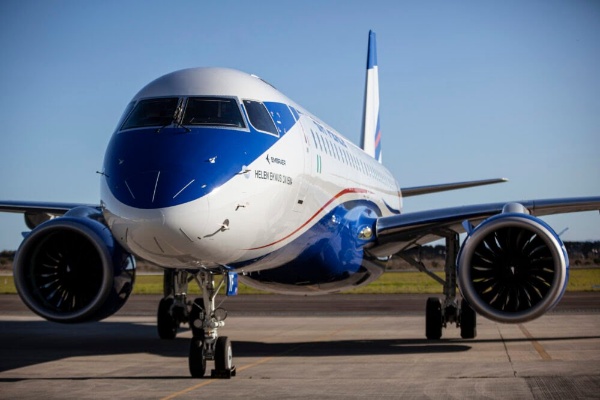 The aircraft is the first E2 jet that will be delivered to any African airline.

The new E195 airplane registered with 5N-BYF is the first E2 jet that will be delivered to any African airline. It arrived at the Nnamdi Azikiwe International Airport, Abuja, from Recife airport, Brazil on Thursday.

Speaking at the Nnamdi Azikiwe International Airport in Abuja On Thursday, Chairman and CEO of Air Peace, Allen Onyema said :

“We made firm orders for 13. We received one today and in two weeks, the next one will follow and continue in two-week intervals.”

The aircraft has the capacity for taking 144 passengers for single cabin and 124 for double cabin. Air Peace plans to deploy the aircraft on regional routes, taking advantage of the plane’s impressive 2,600 nautical mile range. 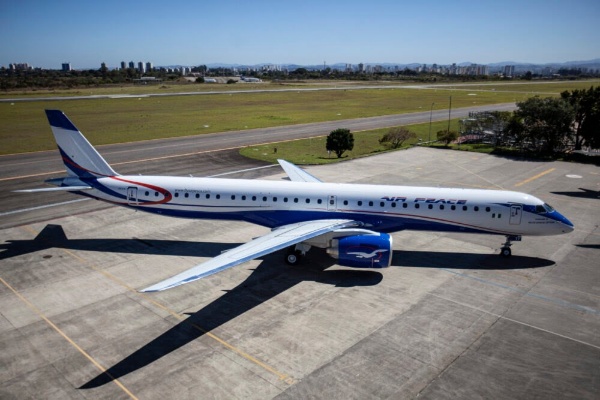 In a statement, Chairman and CEO of Air Peace, Allen Onyema said :

“The E195-E2 is the perfect aircraft to expand our domestic and regional operations. We are aware of the aircraft’s impressive economic performance as well as its unique configuration, the major reasons we placed an order for this aircraft.

”The E195-E2 aircraft will further help us actualise our ambition of connecting not just the whole of Nigeria, but the entire African continent, while feeding long-haul flights from our Lagos hub.”

According to data from Planespotters.net, four more E195s aircrafts are already in production for Air Peace.

Air Peace is currently the biggest in West Africa and the introduction of the new E195s will help launch long-haul routes to Asia, North America, and Europe.

For now, the airline’s only long-haul route is Lagos-Sharjah. Its upcoming destinations includes Mumbai, Tel Aviv and London.