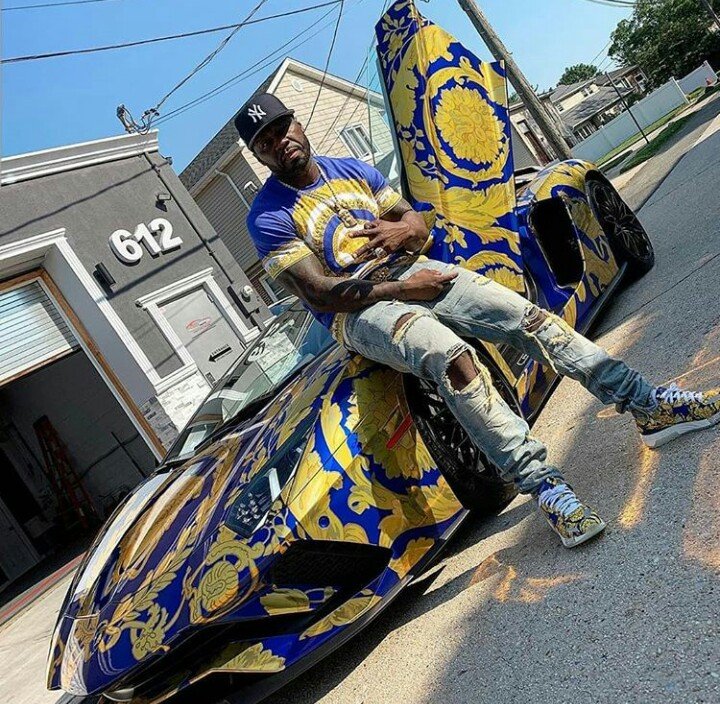 He rose to fame as a rapper. Ever since then, he has delved into several business ventures.

Asides his rapping and songwriting enterprise, he is also an actor, film producer, investor, etc.

The rapper a few while ago uploaded a mind blowing picture on his Instagram where he posed with his Versace-wrapped Lamborghini Aventador.

50Cent has the habit of adding extra spice to his things; this is one of them. He even went to the extent of standing on the roof of the Lambo to take a picture.  Let’s hope he doesn’t leave a dent on the car. 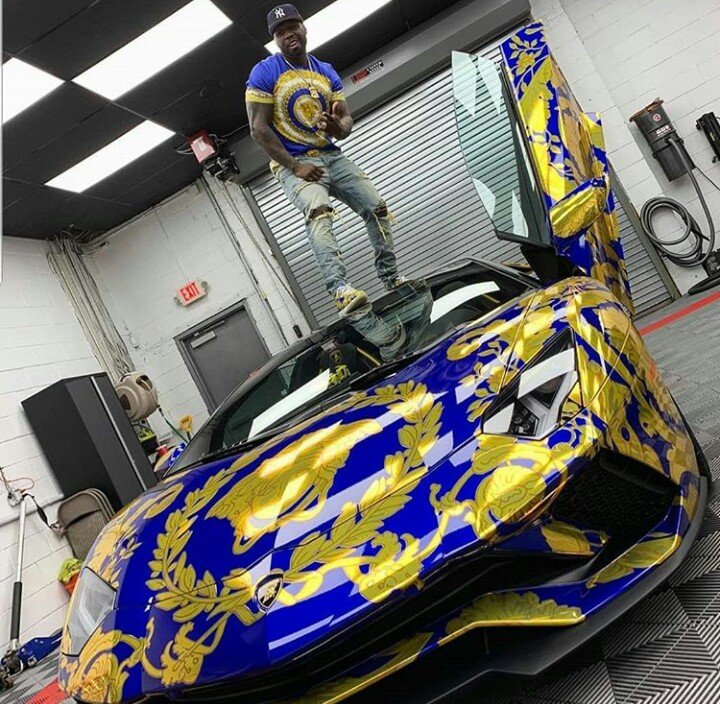