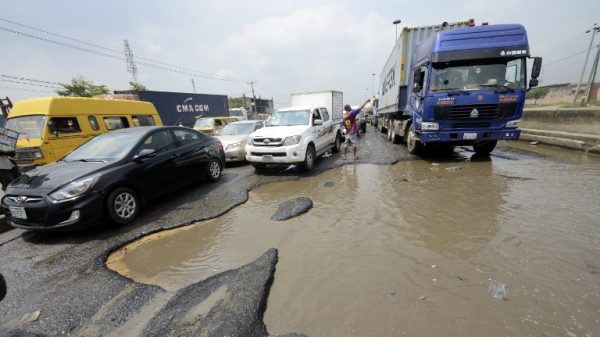 The Managing Director, Nigerian Ports Authority (NPA), Ms Hadiza Usman, has said that the 2km Apapa Wharf Road being reconstructed would be completed and opened to motorists by the end of next month.

Usman made the disclosure in an interview in Lagos on Sunday.

The managing director said that the reconstruction which would cost N4.34 billion would enable the Federal Government to achieve its goals as regards the Ease of Doing Business.

She said that NPA was working with the Federal Ministry of Power, Works and Housing to rehabilitate all ports’ access roads in the country to ensure a level playing field and to also facilitate trade.

According to her, NPA and the Federal Ministry of Power, Works and Housing will develop a mechanism for funding all reconstruction and rehabilitation of ports’ access roads.

She said that government had also approved the commencement of reconstruction of Tin-Can Island Port access road to Mile that the contractor would start work any moment.

She also said that the Apapa Port had been illuminated for 24-hour port operations, noting that the authority was working toward an electronic gate system to stop touting within the port environment.

Usman said that NPA had put in place an aggressive monitoring mechanism, adding that the authority visited the site from time to time to check the progress and any bottleneck within the construction area.

The Minister of Power, Works and Housing, Mr Babatunde Fashola, had on June 16, 2017, signed a N4.34 billion Memorandum of Understanding (MoU) with Dangote Group and other stakeholders for the reconstruction of Apapa Wharf Road.

The project is being funded by AG Dangote Construction Company Ltd., an arm of the Dangote Group, the Nigerian Ports Authority (NPA) and Flour Mills of Nigeria.

Fashola had explained that the gridlock in Apapa became compounded and had reached an unbearable level as transporters ignored the old system of moving cargo through rail to trucks and containers.

He said that the choice of the transporters to use road instead of rail for haulage increased gridlock, caused degeneration as well as well hardship to residents of Apapa.

He commended the leadership role’ of the stakeholders in solving the complex problems in Apapa and its environs.

According to him, the situation has caused stress to residents, business owners and other stakeholders in the state.

“As a result of all these unsavoury practices, we have reached a point of near total gridlock. It is difficult to move cargo in or out; difficult for residents to get home and this must stop,’’ he said.

Fashola said that it took time to reach an agreement on the project because the stakeholders were putting up an effective design that would address the drainage problem because the area was water-logged.

The minister said that though the three parties (Dangote, Flour Mills and NPA) were funding the project, the Federal Ministry of Power, Works and Housing would supervise it through all the stages to ensure quality and compliance to standards. 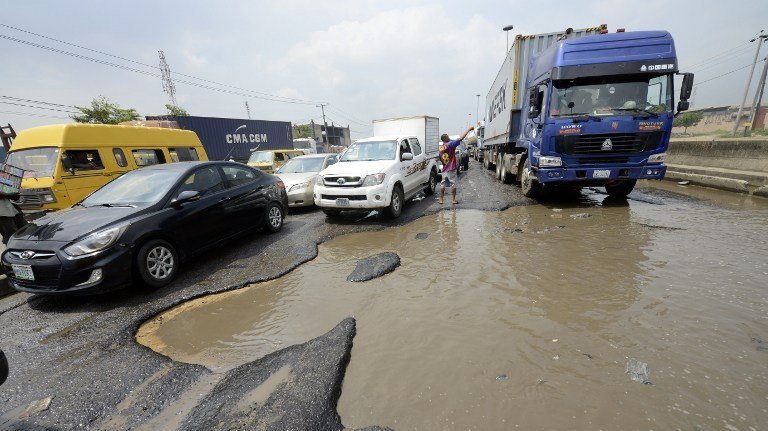 Motorists try to avoid waterlogged potholes on Apapa Oshodi expressway that leads to Apapa ports, West Africa’s busiest and largest container terminal on October 20, 2014 in Lagos. Many roads lack proper drainage, turning them into swimming pools within minutes of a downpour, roadside culverts overflow, tarmac disintegrates, traffic lights and road signs are often absent. The poor state of Nigeria’s roads is an exasperating joke for the country’s long-suffering population but there are still hopes that improvements can be made. AFP PHOTO/PIUS UTOMI EKPEI

I Stole Car To Raise Money For Marriage — Suspect