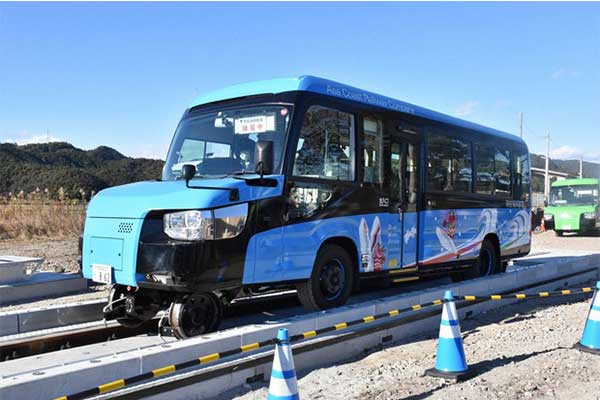 Ever heard of a vehicle that can run on both tarmac roads as well as train tracks? A small transport company in Japan have been developing such a dual-mode vehicle for some time and is likely to be operational soon.

The vehicle is a modified version of a regular minibus with a seating capacity of up to 23 passengers. It is being developed and tested by the Asa Seaside Railway Corp in Japan’s Tokushima Prefecture.

At the press of a button, the vehicle can switch between its bus mode and train mode. A pair of wheels for train tracks emerge from under the vehicle in about 15 seconds and turns it into a small rail coach which is capable of running on train tracks with ease.

On the railway tracks, the dual-mode vehicle can run at a speed of 30kph on six wheels, including two rubber tires at the rear and two pairs of iron wheels. It also claims to save fuel by up to 75 percent besides reducing other maintenance costs.

The vehicle is being developed to encourage tourism in the area as well as help local residents to travel without having to switch between buses and trains.

If all goes well, this unique public transport may begin during the upcoming Tokyo Olympics. When launched, this would be the world’s first commercial dual-mode vehicle transport service. 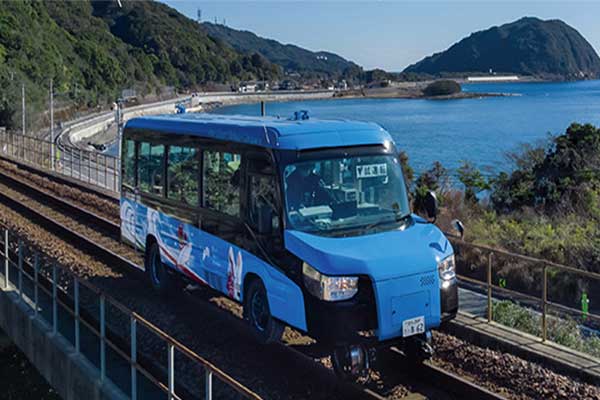 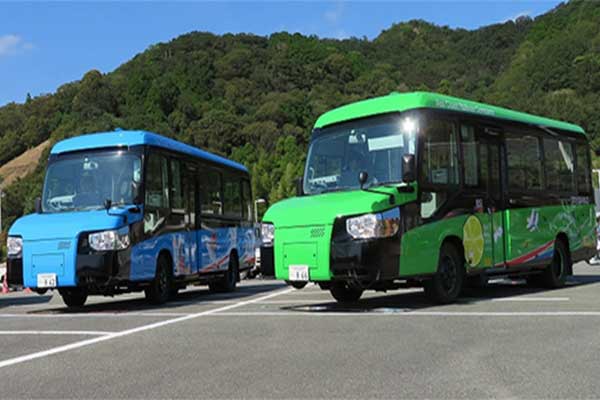