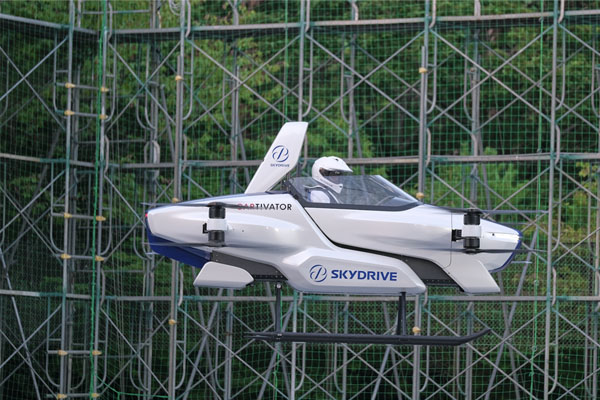 The world is gradually inching closer to reality of flying cars. Flying Taxi

SkyDrive did the test with a single-seat prototype for its electric vertical takeoff and landing vehicle, a.k.a. a flying car, at Toyota Test Field.

The SD-03 completed a four-minute flight around Toyota’s test field.

The SD-03 can land in a spot the size of two parking spaces and in production form will seat two—one of whom will be a pilot.

That doesn’t sound too efficient for taxi purposes, but the project has Toyota backing and aims to have flying taxis in the air by 2023.

SkyDrive’s SD-03 prototype is a proof of concept for a new type of taxi.

It’s small, with a footprint that’s roughly 12 feet square, which means that it could land in a spot the size of two parking spaces. 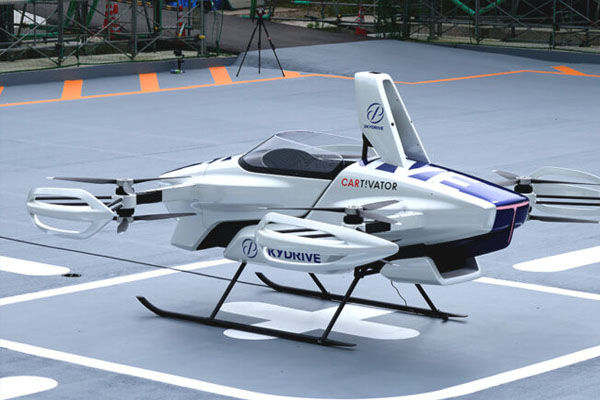 Lift is delivered by four sets of counter-rotating rotors, each powered by its own motor.

The company says the eight-rotor, four-motor setup provides redundancy in case of a failure.

They’re also pretty up-front that the extra safety might help assuage the concerns of legislators who worry about car-sized objects dropping from the heavens upon their constituents’ backyard barbecues.

The design incorporates headlights and taillights—not just in the normal locations, but underneath as well, so that observers on the ground can easily decipher the SD-03’s direction of travel.

The company is planning to escape Toyota’s gilded cage for more adventurous flights by the end of the year, with the goal of sending air taxis flitting around Tokyo by 2023.

See Also: US Air Force Unveils ‘Hexa’, A ‘Flying Car’ That Could Shuttle Troops Across War Zones By 2023

How To Watch The 2021 Mercedes-Benz S-Class Debut Live