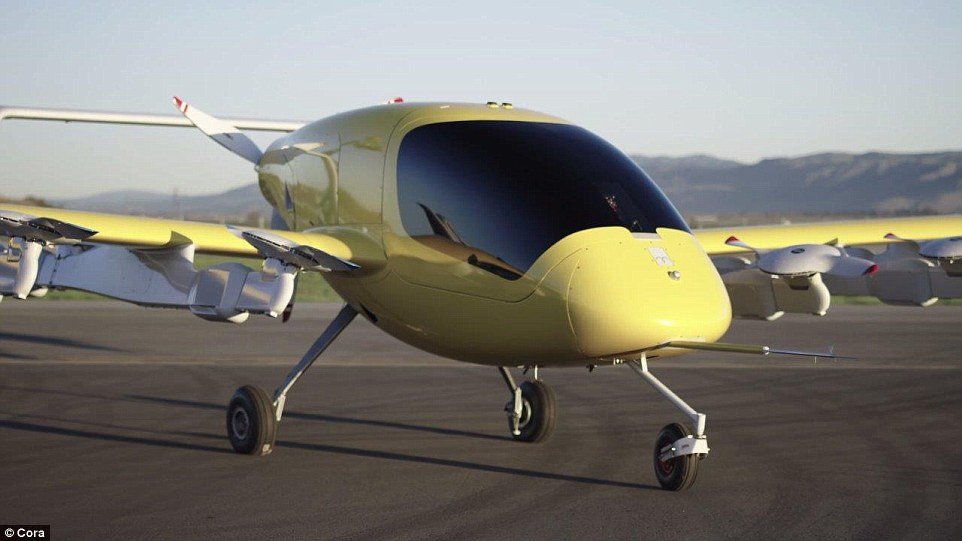 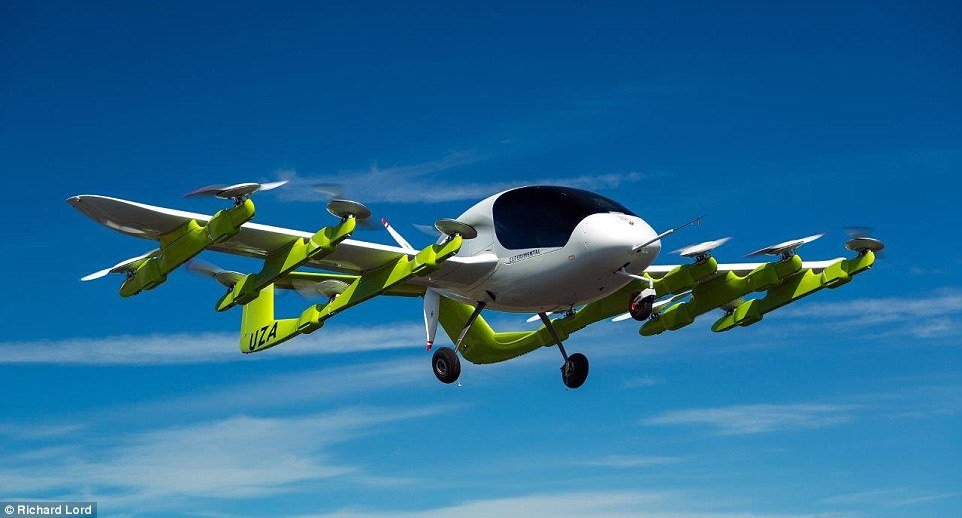 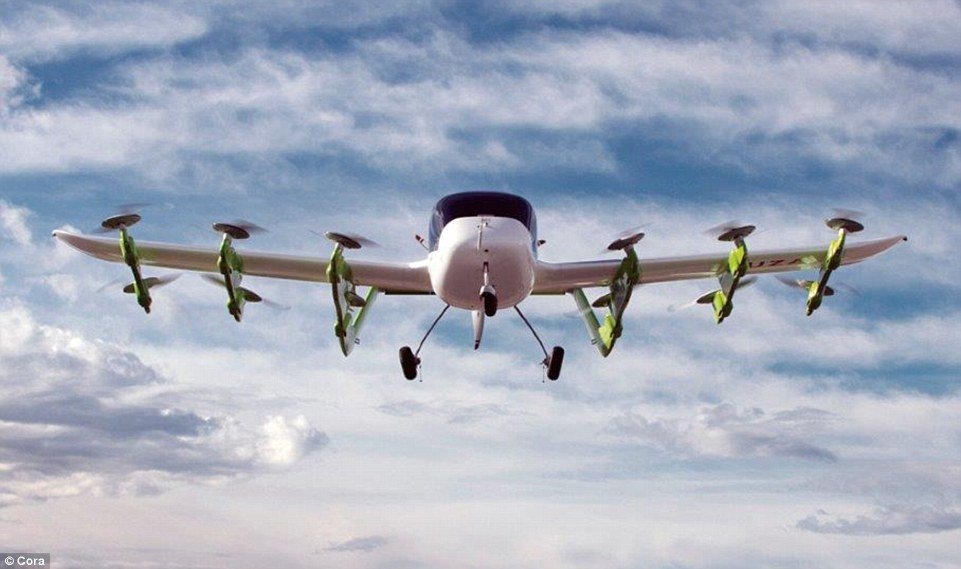 The craft is designed to use self-flying software, which controls its 12 fans to provide lift-off and forward thrust, without the need for a runway.

Being a pilot won’t even do you any good as there are no flight controls inside. The entire trip is managed autonomously by three computers systems. It can continue navigating even if one of the three goes down. In a worst-case scenario, Cora can deploy a parachute and drift down for a soft landing. 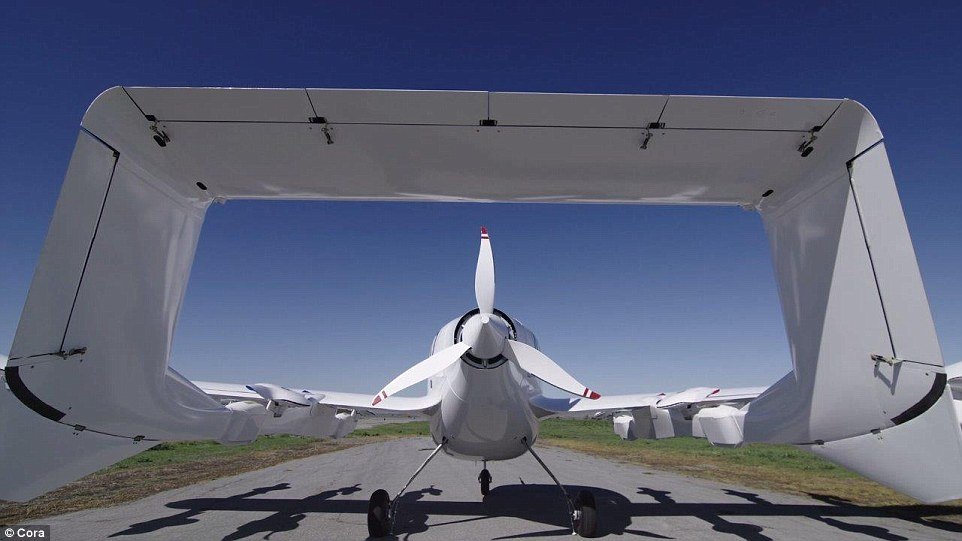 Kitty Hawk is run by former Google X head Sebastian Thrun and named after the town in North Carolina where the Wright brothers completed their first controlled flight.

The firm hopes to use New Zealand as its base of operations for testing out the next generation of vehicles to push the envelope of aviation technology.

The partnership could put New Zealand and Kitty Hawk ahead of a pack of other governments and private ventures attempting to make history with autonomous flying taxis.

Dubai, in conjunction with German company Volocopter, began testing electric taxi drones in September 2017.  Airbus and Uber  have also been working on their own autonomous air taxis.

Cora will take take to the skies in 2021 but will not be available for the public to buy.Instead Kitty Hawk will be targeting it as airlines and rideshares.

Japanese Cars Have The Most Loyal Customers