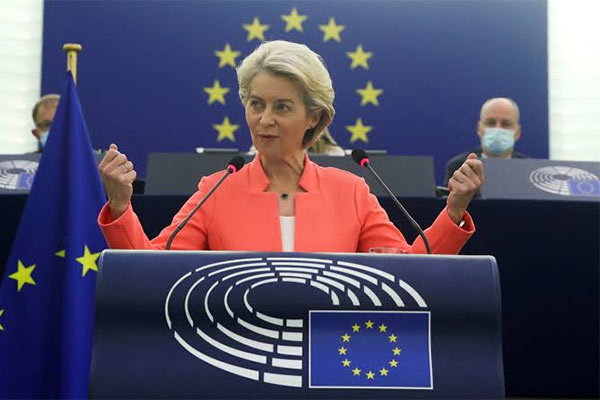 It is described as an alternative to China’s Belt and Road strategy where they build projects in different countries and are paid back in form of loans.

The European Union (EU) has revealed details of a €300bn ($340bn) global investment plan, described as a “true alternative” to China’s Belt and Road strategy.

China’s Belt and Road Strategy is China’s mega-investment plan where they build projects in different countries and are paid back in form of loans. The Chinese investment scheme has been criticized as too stringent on poor Nations as they are saddled with debts they can’t pay.

The EU is looking at how it can leverage billions of euros, drawn from member states, financial institutions, and the private sector. This will largely take the form of guarantees or loans, rather than grants.

Mrs von der Leyen said the EU wanted to show that a different, democratic approach could deliver on projects that focused on tackling climate change as well as global health security and sustainable development for developing countries.

An EU official told the BBC that Africa would be a major focus of the scheme as most African countries are beneficiaries of huge investments from the Chinese government.

“When it comes to investment choices, the few options that exist too often come with a lot of small print which includes big consequences, be it financially, politically but also socially.” said the Commission’s president.